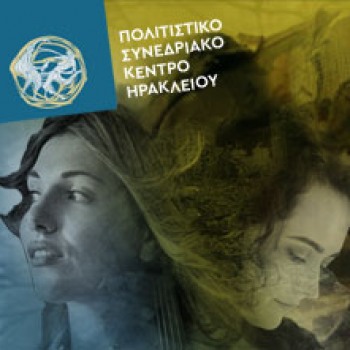 The Ukrainian Diana Tishchenko and the Russian Alena Baeva, TOGETHER, at the Cultural Conference Center of Crete/Heraklion
Saturday 2nd of April of 2022, at 21:00, Hall “Andreas and Maria Kalokairinou”

A concert of special importance and with the highest symbolism is scheduled on the 2nd of April of 2022, at 21:00, in the Cultural Conference Center of Crete / Heraklion / Hall “Andreas and Maria Kalokairinou”.
Two leading violinists, the Ukrainian Diana Tichchenko and the Russian Alena Baeva, will perform - together for the first time - at CCCC in Heraklion, in a special concert of solidarity and humanity, a concert that proves that “the Art unites the world”. With them, principal soloists, such as the Latvian violist Santa Vižine, the Israeli-Portuguese cellist Kyril Zlotnikov, the Uzbek-German pianist Mikhail Lifits and other great artists who respond to this call, in order to convey the universal message of peace and love for the whole world.
The concert includes works such as Samuel Barber’s Adagio for strings, the theme from the film production “Schindler's List”, Frédéric Chopin’s Ballade No 1, Beethoven's “Passive” Sonata, and the Russian composer Pyotr Ilyich Tchaikovsky’s “Souvenir from Florence”, as well as works by Tomaso Albinoni, Chopin, and Jules Massenet.
It is worth mentioning that all the artists participate on a not-for-profit basis, and the proceeds will be donated to support the victims of the war in Ukraine.

The presale of tickets, priced at 30€, 22€ and 15€ (general admission) and 15€ or 10€ (unemployed, persons with disabilities, families of three and more children, young people up to 25 years old) has started and the public can purchase them from:
● The Vikelaia Municipal Library Bookstore (Monday, Wednesday, Saturday: 09:00 - 15:00 and Tuesday, Thursday, Friday: 09:00 - 14:00 & 17:30 - 21:00, tel. +302813409247)
● ticketservices.gr
● at the Cultural Conference Center of Crete/Heraklion, before the start of the event
CCCC applies all the official precautionary measures against the spread of Covid-19, when the audience entering and exiting the venue, and throughout the performance.