Concert for piano four hands with works of Kurtág and Rachmaninov 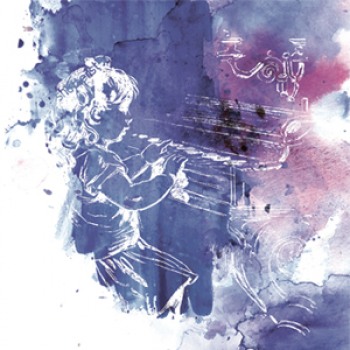 Aria Ikonomidou and Dora Manitaki present pianistic pieces for 2 and 4 hands of György Kurtág and Sergei Rachmaninov.
This is a meeting of two different periods, baroque and 20th century, through short pieces of religious, pedagogical, folklore and romantic style, that create a special balance between the old and the new, harmonically co-existing over time.
Selections from the miniatures called Toys (Hungarian: Játékok) of György Kurtág (Hungarian composer of the 20th century), of which the central idea and inspiration were the young kids, when they see and approach piano still as a toy, when the experiment on it knocking, caressing, creating accidentally dissonant or consonant sounds! Exchanging with the Toys, selections of the transcriptions for 4 hands of the composer on Bach’s Chorals will be heard. The programme is completed with the Suite of Kurtág and the Six Pieces Op.11 of Sergei Rachmaninov.

Dora Manitaki I piano
Dora started piano lessons with her mother Marina Manitaki, with whom she received her piano degree and diploma at the Hellenic Conservatory of Athens. At the same time, she finished the advanced theoretics. After exams, she was admitted at the University MOZARTEUM in Salzburg, Austria, where she studied in the class of Karl-Heinz Kämmerling, receiving her diploma. She continued in the class of Alfons Kontarsky for specialization in the field of chamber music, where she completed her studies with the diploma and the academic title Magistra Artium. She has attended piano and chamber music seminars and has worked with internationally renowned musicians such as Menahem Pressler, Rainer Schmidt, Radovan Vlatkovic, Imre Rohman, Lazar Berman, while also giving concerts in various cities in Greece, Austria, Germany and Russia. Dora has recorded cello and piano works for the Südwest-Funk SWF and the Norddeutsche Rundfunk NDR of Germany, as well as a live recording for a BBC production. She was awarded the 2nd Prize at the Helexpo International Chamber Music Competition in Thessaloniki and at San Bartolomeo al Mare in Italy.
She is teaching piano and chamber music since 2000 in several conservatories of Athens, Rhodes and Crete. After the national competition of SSSB (Supreme Staff Selection Board) in 2002 she has been a permanent piano teacher at Music Schools, working for the moment at the Music School of Rethymnon.

Ariadni Ikonomidou I piano
Born in Athens, Aria began her musical studies at the Piraeus Conservatory and continued at the Athens Conservatory from where she graduated in 1989 with a diploma on piano performance (with honours) from Mrs Al. Vatikioti’s class. She attended courses with Julia and Konstantin Ganev for two years and later she perused further postgraduate studies at the Ferenc Liszt Academy in Budapest (Szekely Istvan’s class). Aria also holds an ARCM diploma in piano performance from the Royal College of Music (London). Alongside her piano studies, she has also obtained degrees in Counterpoint and Fugue. Aria has performed with many instrumentalists and singers and has appeared in public both as a soloist and as an accompanist in major cities in Greece, United Kingdom and Hungary. Since 1990, she is teaching piano at Greek conservatories. She has also taught piano at the Music Schools of Rethymno and Chalkida. Currently she is a permanent piano teacher at the Music School of Athens.