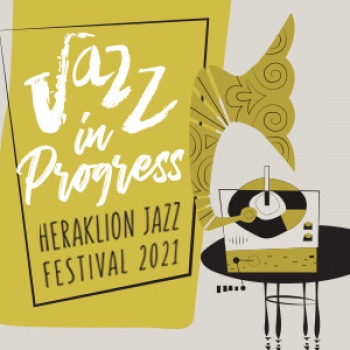 Giotis Kiourtsoglou is one of the most important features of Greek music, with a great course in Greece and abroad. Being already in the first line of contemporary music for three decades, now he is presenting his new musical project. The first live performance of his new compositions, which will be recorded soon. In the same concert, pieces from his first personal album Hapopsis will be presented and selected arrangements. So, sixteen years after his first album, he is back combining contemporary jazz with Greek musical tradition, “our own soul” as he uses to say. Yiotopia is a multicoloured canvas that combines tradition with today, nostalgy with energy, passion with joy of experimentation and creation. On stage with him is his new group, consisting of important musicians with great route. His collaborator for many years David, Lynch on saxophone, Dimitris Papadopoulos on trumpet, Vasilis Panagiotopoulos on trombone, Vaggelis Stefanopoulos on keyboards and Stefanos Dimitriou on percussion.

Bio
Vagelis Stefanopoulos | keyboard, πιάνο
Vagelis Stefanopoulos devoted himself to music from a very young age studying piano, violin, composition and is also self-taught in electric guitar. He later studied classical piano performance under Yonty Solomon at Trinity College of Music in London UK. He has played in dozens of festivals and venues including Idyllwild Arts (California), Mama Jazz (Lithuania), Amsec (Austria), Technopolis (Athens), Jazzablanca (Morocco) and has played in jazz clubs in Switzerland, South Africa, Cuba, USA and almost every significant venue in Greece and Cyprus. His work is not limited into Jazz and improvised music performance but has contributed into numerous projects as a producer and arranger. His first album, Sailing on a Marsipus with Vagelis Stefanopoulos Trio was released in 2012 and in 2015 it was followed by Singularity Project and Idylwild Suite in 2020.
Over the last few years Vagelis has been touring and gigging on a weekly basis with a side project called “Scrap Music” teaming up with various musicians from all genres. The concept of Scrap Music is based on the use of a loop station which allows the creation of arrangements and compositions on the spot without any preconceived forms or rehearsals. The project stands out as a real and honest act that has been attracting a steady following and was recently featured in a state television show devoted to Jazz and creative music.
Some of the names that Stefanopoulos has contributed with in one way or another include JD Walter (USA), Dave de Rose (UK), Femi Temowo (UK), Kelly Lee Evans (Canada), Debora J. Carter (Holland), Viktorija Pilatovics (Lithuania), Lina Sleibi (Palestine), John Keating (Ireland) and the local star musicians Mike Kapilides, David Lynch, Stavros Lantsias, George Kontrafouris and many many others.

Dimitris Papadopoulos I trumpet
Dimitris Papadopoulos was born in Athens in 1982. He is a qualified trumpet soloist from the Conservatory of Athens. His musical activities include collaborations with great international jazz artists, as well as a lot of recordings of every music style. Indicatively mentioned: Dimitris Kalantzis quintet, Dimitris Vasilakis Athenian Quintet, Yiorgos Fakanas Group, Sami Amiris Quintet, Takis Paterelis, Vasilis Xenopoulos, Tony Lakatos, Love Affair Big Band, Latin All Stars del Palenque, Bellevue Cadillac, Kostas Konstantinou Quartet, Athens Jazz Legacy Quintet, B.F.A.M., Panos Tziniolis Sextet and others. Dimitris Papadopoulos cooperates steadily with the Big Band of the Municipality of Athens and since 2013 he works as a trumpet teacher at the jazz department of the Conservatory of Athens and at the Art Conservatory of Giorgos Fakanas.

David Lynch | saxophone
David Lynch is a respected composer and performer who lives and works in Greece during the last 25 years. Of Irish and Eastern European ancestry, he was born and raised in Los Angeles. He studied jazz music with James Moody, Charles Lloyd, Ralph Bowen and John Coltrane’s associate, Garvin Buschell. He started his career by playing in several clubs and studios with a variety of big swing orchestras and at a very young age he received music awards and scholarships, continuing his studies at Dick Grove Music Workshops.
At age 21, his need to broaden his musical and personal horizons brought him to Europe. His insatiable quest for new and creative forms of expression brought him in contact with some of the most outstanding musicians, writers and singers from many countries and from different musical cultures. After an extended period of traveling, he settled in Athens, where the environment seemed right for introspection and exploration.
David Lynch, since has played on hundreds of albums, numerous movie soundtracks and has co-founded several bands (ISKRA, Special Request, Human Touch, Duo Faros, The Missing Lynch, The Heavy Metal Brass Band). In 2003, along with Yiorgos Kaloudis, he co-founded Duo Faros, an innovative duet which creates on-the-spot loops and spontaneous in-depth arrangements.
In 2004 he recorded new arrangements of Manos Hadjidakis’ songs, with Elli Paspala as a singer and Blaine Reinenger, Alkinoos Ioannidis, Human Touch and Raining Pleasure as guests. In 2006 he started working on The Missing Lynch project, with new compositions and original songs. Recently, mainly because of his collaboration with saxophonist Oprica Ivancea, of Roma musicians’ ancestry, he founded The Heavy Metal Brass Band, a jazz and Greek brass ensemble.
As a solo artist, David Lynch has released three CD’s: Lit’l Song, Wandering Home, which was recorded live at the Athens Concert Hall, and Music with a View, for which he received the 1st Composition Award of the Athinorama Theatre Awards in 2002. He has also written music for film, theatre, radio, television and dance. He has played with Arturo Sandoval, Trilok Gurtu, Arild Anderson, Milcho Leviev, The Temptations, Barry White, Galaxy 2 Galaxy, Joe Higgs, as well as with Haig Yazdjian, Eleni Karaindrou, Elli Paspala, Alkinoos Ioannidis, Thanos Mikroutsikos, George Dalaras, Pavlos Sidiropoulos, Kyriakos Sfetsas and others.
Of major importance in his musical journey was his collaboration with the late traditional clarinettist Vassilis Soukas. This experience, and its lasting influence, was the crossroad leading David Lynch deeper in his own spirit of “Greekness” and in the discovery of his internal “world music”.

Vasilis Panagiotopoulos |trombone
Vasilis Panagiotopoulos was born in 1990 in Kalamata. He made his first steps in music, in the age of 10 at the municipality band and the municipality conservatory of Kalamata, from which he graduated with Harmony degree (2007) under the instruction of his teacher Mr Kostas Nikoleas, trombone degree (2011) under Mr. Spiros Farougias and piano degree under Mrs. Nelli Semitekolo. In 2008 he was admitted in the Music Studies Department of the National Kapodistrian University of Athens, having succeeded the highest vote in Greece on the two musical subjects of the exams. He has participated in several productions of the National Opera, Camerata Orchestra and the Big Band of the municipality of Athens, while he also participated in theatrical plays of the National Theatre, directed by Nikos Karathanos, Vaggelis Theodoropoulos, Sofia Vgenopoulou and others. He has also participated in other theatres with directors like Dimitris Tarloou, Lakis Lazopoulos, Sofia Paschou. He has composed the music for Clauss Mann’s performance Tanz (direction: Giannis Panagopoulos) and the tittle music of the tv serial our clan. He has also collaborated in concerts, recordings, radio and tv broadcasts and tributes with groups and artists like David Lynch, Locomondo, Burger Project, Martha Frintzila, Nikos Platyrachos, Giorgos Dalaras, Charis Alexiou, Matoula Zamani and others and has featured with smaller groups in music stages in Athens.

Yiotis Kiourtsoglou | bass
Yiotis Kiourtsoglou was born in Kozani, Greece in 1965. He studied electrical engineering at the State Technological Institute and jazz theory and harmony at the Contemporary music school in Thessaloniki. He continued his music education studying electric bass at the Musicians Institute in Los Angeles (1987- 89), receiving the MI scholarship award, and was nominated for outstanding player and most improved student of the year award. His instructors included Garry Willis, Bob Magnuson, Carl Schoeder, Jeff Berlin and Scot Henderson. As a recording artist, he made several albums with Electric Jazz Trio (with Manny Boyd and Danny Hayes), Exit, Iasis, Tillman Ambient Groove, Lauenen and Human Touch, being a founding member of most of the above. He also played as a guest artist on recordings with David Lynch, Marcos Alexiou, Takis Barberis with Trilok Gurtu. He performed in Greece, Cyprus, the USA, Hong Kong, Switzerland, Germany, Spain, Israel and the U.K. in international festivals and places such as the Acropolis Theatre, Lincoln Centre, the Athens Concert Hall and the ancient theatres of Epidaurus and Koureion. He collaborated with many artists, including John Stubblefield, Billy Hart, Manny Boyd, Danny Hayes, Interbalcan Orchestra, Dionysis Savopoulos, Alkinoos Yioannides and the Athens Symphony Orchestra as soloist.
He composes music for dance, theatre and cinema productions as well as for his own Jazz group, Human Touch. He currently teaches at the Nakas conservatory in Athens.

Stefanos Dimitriou | percussion
Stefanos Dimitriou started playing drums at the age of 16. In Volos, where he grew up, he participated as an amateur in several groups. Then he studied in the Conservatory of Athens for two years. Since 1985 and for five years, he collaborated with Vasilis Papakonstantinou. After that, many collaborations for recordings and live concerts came, with artists like Charis Alexiou, Miki Theodorakis, Eleftheria Arvanitaki, Dionysis Tsaknis, Lavrentis Maxeritsas, Tania Tsanaklidou, Michalis Chatzigiannis and others. He became a member of groups like Loud Jazz and Power Trio, with Stavros Lantsias and Yiotis Kiourtsoglou, Trias, with Apostolis Anthimos and Christos Papadopoulos, with who he made a live CD called THEATRO, with recordings from lives that took place abroad. In 2001 he participated in the Municipality Theatre of Volos and in Megaron Athens Concert Hall, with the jazz trumpetist Arturo Sandoval. In 2003 he cooperated with the Modern Music School (MMS), from which he was invited to participate in drum camp in Germany, with drummers like Thomas Lang, Johnny Rabb, Steve Alexander and others. He has worked as a teacher in the conservatory Polyrrythmia, the Art Conservatory of G. Fakanas and many others.