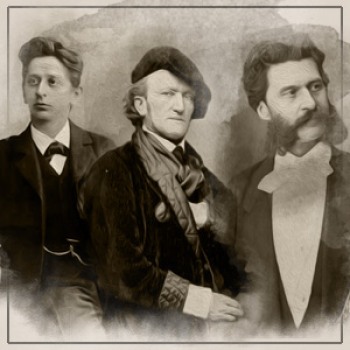 The unfulfilled love, the nature’s beauty, the night’s serenity, the fear of death and the ever-lasting search for Light are the firmly recapitulating thematic patterns reaching the extreme climax of Romanticism: the perpetual desire of Man to share his loneliness so that he never feels alone; that is the inheriting idea of romantic art.

An adaptation for piano on the main theme of Widmung

from the cycle of songs “Myrthen”, Opus 25, No. 1 by Robert Schumann

Mezzo soprano Diamanti Kritsotaki was born and raised in Heraklion Crete by musician parents. She started studying the piano and singing at the local municipality choir at an early age. At the age of 19 years old she started classical singing lessons that lead to her Diploma in Classical singing at the age of 23. She continued her music studies in Leopold Mozart Zentrum at the University of Augsburg in Germany graduating with a “Master in Music” with a major in Classical singing in the class of Agnes Habereder-Kottler. She has studied with and participated to seminars in Greece and abroad, too, with professors like: Frieder Bernius, Karl-Peter Kammerlander, Graham Johnson, Robert White, Ann Murray, Loh Siew Tuan, Carol Richardson Smith, Sonia Theodoridou, Christina Giannakopoulou, Nicolas Vassiliou, Christophoros Staboglis.

Diamanti Kritsotaki has sung as a soloist in productions of Augsburg Theater like: “Erwin, das Naturtalent” (Mike Svoboda), “Meeting Dido” as Dido (Henry Purcell’s “Dido and Aeneas” opera-collage with “Satyricon” by Bruno Maderna), “Divertimento4amadeus”. In Greek National Opera Theater she has sung as a soloist in “Macbeth” as Apparitione (Giuseppe Verdi), in “Il barbiere di Siviglia” as Rosina (Gioachino Rossini), in “Carmen” as Carmen and as Mercedes (Georges Bizet), in “Madama Butterfly” as Kate Pinkerton (Giacomo Puccini), in “Manon” as Javotte (Jules Massenet). At the alternative stage of Greek National Opera she has sung at the following productions: “Z” (Minas Bourboudakis), “Bakxai” (Iannis Xenakis) and “Orfeas2020” (a queer multimedia opera based on the music of Claudio Monteverdi). Other productions that she has sung soloist part are “Oedipus: Sex with mum was blinding” (Tilemachos Moussas) at Sfendoni Theater, “The Shell Game” (George Doussis) at Apo Michanis Theater.

The last years, along with her career as a soloist, she teaches singing in her hometown in Heraklion Crete at AR Conseratory.

She has performed piano recitals and chamber music concerts in Greece at the Athens Megaron, the Greek State Radio, the Heraklion Festival, the Festival of Dodecaneese, the Renaissance Festival of Rethymnon and many more.  Abroad she has played respective concerts at the Kuenstlerhaus Wien, the Wiener Bezirksfestwochen, Styria Classic, the Ost-West Musikfest, Kulturzentrum bei den Minoriten amongst others.