New dimensions of the Cretan lyra 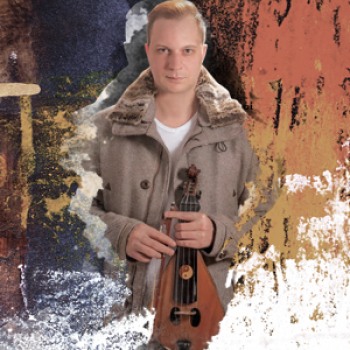 In the hands of the restless artist Alexander Lyra, the Cretan lyra acquires an almost different shape, transformed into a musical instrument of endless sound and technique possibilities: rock, pop, traditional and classic transcription pass through his magical fingers.

For the Cretan lyra, the alternative Greek composer and performer visions a place among the instruments of the classic repertory, world-widely and formally recognized; this envisions of his, Alexander Lyra shares with the audience at his first appearance at the Cultural and Conference Center of Heraklion, presenting in concert “New dimensions of the Cretan lyra”.

The festivities in Minos
Composed by Alexander Liebermann

5th Symphony
Based on the Symphony in C minor (Opus 67, No. 5) by Ludwig van Beethoven
Transcribed for Cretan lyra by Alexander Lyra

The lonely path, No. 7
Composed by Alexander Lyra

Born in Berlin in 1992, as his mother is German and his father is Greek, Alexander passed all of his school years between Germany and Naxos island, the birthplace of his father. As a result, he was raised listening to different kinds of music, from rock music to Greek traditional music. What actually gained all of his interest, from the very first years of his life, was the Cretan lyra. Since he was seven years old, having an inborn excitement for that instrument, he was spending his spare time pretending to be a Cretan lyra player. Holding two wooden sticks, one for as the lyra and one as a bow, he was dreaming to become one of the most famous lyra players when growing up.

At the age of twelve years old, he was given his first musical instrument. He was so in love with it and so passionate, that he was spending hours and hours of studying every day. Βy the age of seventeen years old, he has already prepared some live stage shows in Berlin and also in some islands in Greece, always faithful to the sounds of the Greek music tradition.

At the age of twenty three, Alexander takes a step further and begins experimenting on his instrument, making covers of famous pieces of rock and classical music. From Niccolò Paganini to Michael Jackson and so many others, his creativity is endless and so is his passion and mastery. In 2016 he cooperated with Real Music Company and also with the famous music conductor Dimitris Keramidakis. During the same year, Alexander covers for the very first time Ludwig van Beethoven's 5th Symphony, all performed with the Cretan lyra, surprising everyone. In January 2017, Alexander collaborated with composer Stamatis Spanoudakis, making the famous "Paths you never walked". The magical sounds of the Cretan lyra, offered to the audience a unique music experience; he composes a series of four compositions, entitled "The Lonely Paths 1-4", proving everyone that he has a genius mind and such an artistry. Ιn April 2019, Alexander, in collaboration with the Cretaphon Company, released his very first personal album, entitled "The Lonely Path".

Harry key Lohrmann was born in 1956 in Gomaringen, Germany. His first connection to music started when he was seven years old, playing the accordion. Later at the age of nine years old, he played the accordion for the very first time in public, and he also started singing. He studied playing several other musical instruments, such as the Hammond organ, the Fender Rhodes piano, the piano, keyboards etc. At the age of sixteen, he played music with several bands at the place where he was living, while merely professionally, Harry Key working as a musicican since his twenties. Ever since, he had numerous appearances with well-known musicians and bands all around Europe, playing various musical styles, singing and also playing the guitar, percussion, the trumpet and the bass. As a musician he has travelled all around the world, as a member of music band in concerts which took place in southern France, Turkey, Cuba, India, Mexico and Africa.  Much of his professional experience in music is also connected to traditional music and bands from the aforementioned countries.

Harry Hey has produced his own personal albums, he has composed his own music, while several works for film dubbing on TV have been commissioned to him. Currently based in Crete, Greece, Harry Key met Alexander Lyra in August 2020, and the musical spark between the two of them jumped over immediately. Since then, the two artists have been working together in several projects.