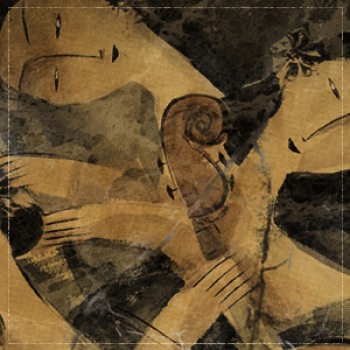 Lyricism, melodic clarity and diversity, the folklore aesthetics of the Spanish soul and the passion of the Argentinian nuevo tango on stage!

Fantasiestücke for cello and piano, Opus 73

Renato Ripo was born in Tirana, Albania and began his musical studies at the age of six. He continued his studies at the National Superior Conservatory of Paris in the cello class of Maurice Gendron wherefrom he graduated in 1987, receiving the First Prize and Honor for his performance. During the same time, he enriched his studies, attending the classes of Tortellier, Navarra and Rostropovich. When returning to his birthtown, Tirana, he was appointed as Professor at the Academy of Arts of Tirana.

As a soloist, Renato Ripo has participated in hundreds of concerts and has collaborated with renowned orchestras in Paris, and also such as the Orchestra of RAI, the Bangkok Symphony Orchestra, the Philharmonic Orchestra of Tirana, the Athens State Orchestra, the Thessaloniki State Orchestra, the Orchestra of Cyprus, et.al. He has recorded major works from the cello repertoire and he has also received excellent reviews from many major magazines, such as “The Strad Magazine”. Renato Ripo continues to perform in concerts and recitals all around the world. During the period 1991-2013 was a member of the Camerata-Orchestra of the Friends of Music Society in Athens, holding the position of the leading cellist. Since 2009 he is teaching cello as professor at the Conservatory of Athens, Greece and since 2014 he is also holding the leading cellist position at the National Symphony Orchestra ERT and of Philarmonia Orchestra of Athens.

Pianist Victoria–Fjoralba Kiazimi studied at the Conservatory of Athens with professor and Head of the Piano Department, Mrs. Dora Bakopoulos, whereby she received her diploma with the unanimous grade “Excellent” and received the First Prize.

She has successfully participated in several national piano competitions and has received first prizes and highly commended. Together with her solo and chamber music recitals, she accompanies singers and she has collaborated as a soloist with Athens State Orchestra and Orchestra of the Philharmonic Society of Corfu. In addition, she has participated in several Music Festivals around Greece and she has performed for European Piano Teachers Association (EPTA – Greece). In 2012 she was chosen to be the representative of Greece in the prestigious First International Youth Congress & Festival “Great Silk Way” in Baku, Azerbaijan and in 2013 was invited to perform two recitals at the National Music Festival in Japan. Future plans include solo and chamber music concerts around Greece. Apart from her musical studies, Victoria is a senior accompanist and teaches piano in well-known conservatories in Athens.

In 2012 she was chosen to be the representative of Greece in the prestigious First International Youth Congress & Festival “Great Silk Way” in Baku, Azerbaijan. Future plans include solo and chamber music concerts around Greece. Apart from her musical studies, Victoria is a senior accompanist and teaches piano in well-known conservatories in Athens. Together with Jenny Soulkouki she formed the “Piano Duo Specchio” in Greece, Athens in 2013 and they have been invited for a concert tour in China (July 2015).

Since 2017, Victoria–Fjoralba Kiazimi teaches piano at the oldest conservatory in Athens, the Athens Conservatoire. In 2018 she had the leading role at a theatrical play called “Clara Schumann: the charismatic faces of a puppet”, performing music by Clara and Robert Schumann.