Trio Anasan in original and adapted duets and trio for flute, French horn and piano 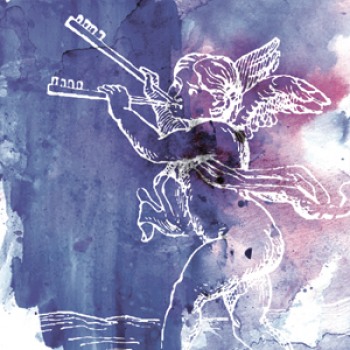 Trio Anasan has taken its name from the Esperanto term meaning conversation in low voice, whisper, but at the same time includes the names of the three members of it (Anastasia, Aspasia, Annie).
It consists of three professional musicians, each one teaching music in different places (conservatories, Music School of Heraklion, private music schools, municipality philharmonic band of Heraklion), remaining at the same time active on performing. So, for this reason and since their musical preferences coincide, they created this ensemble, in which they are engaged with pieces from the baroque repertoire, accompanied by harpsichord, up to contemporary composers’ pieces, accompanied by piano, both from Greece and abroad. Natassa Anninou plays flute, Annie Kalogeraki plays French horn and Aspasia Karali harpsichord or piano. They perform both original pieces for combinations of two or three of these instruments and transcriptions for them.
Their cooperation began in the autumn of 2017 and since then they have performed in recitals in the CCEC (Children’s Creative Employment Centre) of Alikarnassos, the Archaiological Museum of Heraklion, the Cretan Conservatory of Art in Agios Nikolaos, the Music School Preludio, the Palazzo della Corgna in Castillione del Lago (PG) Italy and have participated in several group events and festivals (like the festival Invisible Town in Heraklion).
The programme of this concert includes pieces from the late romantic period and the beginning of the 20th century. The programme starts with pieces in an intensively romantic style, less known to the public, giving the opportunity to the audience, to get acquainted with the timbre of the three instruments. Gradually, the impressionistic and abstract style of music are enhanced, as well as the special rhythmic and harmonic colours of each composer’s native country. The sound becomes more and more familiar, more and more dancing, to come through a series of heterogenous traditional motifs, to an explosion of passion, on the piece of the only composer not European, the Argentinean Astor Piazzola.

Natasa Anninou I flute
She was born in Heraklion, Crete. She started flute lessons in the age of 9 with Maria Alexaki and in 2014 she took her degree with excellent grade. She continued her studies with Panagiotis Drakos and took her diploma also with excellent grade. From the age of 16 until today she works at the Municipality Band of Heraklion, as a permanent member. She is an active member of the Youth Symphonic Orchestra of Crete and she teaches in conservatories and music schools in Crete.

Annie Kalogeraki I French horn
She was born in Heraklion, Crete. She started her piano and music theory studies in the age of 11 with Mr. Tsolakis. In 1990 she took her degree on Harmony with excellent grade from the conservatory Orfion in Athens, where she continued her studies on piano with Mrs. Charalabopoulou. In 1992 she took her degree on Counterpoint and in 1994 her degree on Fugue, both with excellent grade. During the years 1991-1993 she attended a postgraduate course in music-motor education Orff system, under the supervision of Orff Institute in Saltzburg. In 2008 she started French horn lessons with Mr. Skouras and in 2016 she took her diploma with excellent grade.
In 1994 she started teaching in conservatories, music schools and kindergartens in Athens and since 2000 she is the owner of the music school Preludio in Heraklion, Crete, where she teaches piano, theoretics of music, French horn and music-motor education. Since 2015 she is an active member of Youth Symphonic Orchestra of Crete.

Aspasia Karali I piano
She was born and grown up in Athens. She started piano lessons with Efi Mataranga and in 2001 took her diploma from the conservatory of Classic and Contemporary Music with excellent grade. She also has degree on Harmony (1997) and Counterpoint (2002) with excellent grade from the same conservatory, under the supervision of the composer Spyros Mazis and harpsichord diploma from the conservatory Atheneum and the class of Margarita Dalmati with excellent grade and the prize Ferruccio Vignanelli for music interpretation on harpsichord of the Academy of Saint Cecilia in Rome. She studied at the Department of Music Studies of the Ionian University and graduated with excellent grade (8,51), specialized in piano interpretation. She continued her studies with the Master on Culture and Human Development of the Department of Philosophy and Human Studies in the University of Crete, in the direction Art and Human Creativity in Cultural Process. Her thesis was completed in the University Paris VII in Paris, in the postgraduate research program Psychanalyse et champ social, under the professors Paul-Laurent Assoun and Markos Zafiropoulos. Since 2021 she is working on PhD research in the Department of Philosophy and Human Studies in the University of Crete on the field of creativity and authenticity in piano interpretation of classic music. She has participated in masterclasses on piano interpretation with Marek Jablonski, Jean-François Heisser, Paul Badura Skoda, Yonty Solomon, Joaquin Soriano, piano accompaniment with Dr. Fux and chamber music with Trio Verdehr.
She has given recitals and chamber music concerts playing piano or harpsichord in Athens, Corfu, Heraklion, Simy and Kavala festivals, the Music Department of the University of York in UK and Palazzo della Corgna in Castillione del Lago in Italy. She was a member of the chorus of the Music Studies Department, Ionian University, with which she performed in many concerts in Corfu, Athens, Thessaloniki, while being Cultural Capital, Heraklion, Chania and Agios Nikolaos. Since 1998 she works as piano and theoretical music lessons in conservatories in Corfu, Athens and Heraklion and in the Music Schools of Ilion and Heraklion. Since 2004 she is a permanent music teacher in the Secondary Education, teaching piano, theoretics and music ensembles in the Music School of Heraklion.