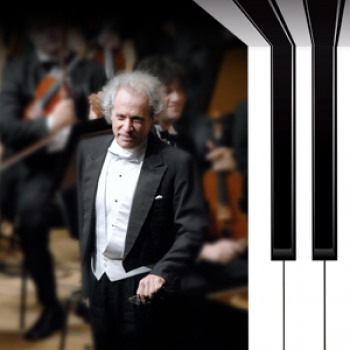 “Look at those trees
the wind passes through their foliage
and yet, the trees stand still.”
Franz Liszt for Frédéric Chopin’s pianistic technique

Τhe main volume of Frédéric Chopin’s (1810-1849) compositional work was composed for the piano. As a pianist, the Polish composer soon acquired a reputation of the highest order on the basis of a minimum of public appearances (Chopin performed in just a few more than 30 public piano recitals in the course of his tragically short lifetime).

Aristocratic in his manners, elegant and comfortable within his role as pianist, Chopin was endowed with an extremely sensitive approach to the keyboard, which allowed him to exploit all the resources of the piano of his day. His innovations both in fingering, in the left-hand technique, in the use of the pedals, as well as his general treatment of the keyboard in his numerous pianistic works form a milestone in the history of the piano repertory; his works set a standard for the instrument that is recognized as unsurpassable. The world-renowned pianist, Dimitri Toufexis –a musician with a significant presence in the world of music and a soloist, who has won wide acclaim from the international music community, performs with supreme elegance and expressive power a selection of the pianistic works by the so-called “Prince of the piano”.

Biographical note of the performer

Dimitri Toufexis is a world-renowned musician and a significant presence in the world of music. As a soloist, he has won wide acclaim from the international music community. As a conductor, he has received highly favorable comments on his work. As a teacher, he constitutes a point of reference for his students for his ability to impart his virtuosity and passion for music to them. He has been awarded the Medal of Zenon by the Government of Cyprus for his contribution to culture.

Mr. Toufexis was born in Egypt, where he was initiated into music by his father at the age of three years old. His talent for piano became apparent very early. At the age of 10, he won a double scholarship from the famous Juilliard School of Music in New York, where he carried out all of his musical studies. His debuts at Carnegie Hall in New York and the Kennedy Center in Washington were received enthusiastically by critics. He performs regularly at the Megaron - the Athens Concert Hall and at the Megaron - the Thessaloniki Concert Hall, as well as at the Stavros Niarchos Foundation Cultural Center.

During his career, Mr. Toufexis has won several honors and awards, including the Katherine Tuck Award, the New York Times Award, first Prize at the Three Rivers International Piano Competition sponsored by National Public Radio and the Symphony Orchestra of Pittsburgh, and the Wurlitzer Award, the latter four consecutive times. Mr. Toufexis has had a triumphant career around the world. He has given hundreds of concerts at the most prestigious venues in America, Europe and Asia. He has appeared as a soloist with the most distinguished symphony orchestras of New York, Boston, Pittsburgh, Honolulu, Seattle, San Francisco, Florida, Pennsylvania, Dresden, London, Yugoslavia, Vienna, Bucharest, Russia, Taiwan, Thailand, Mexico, Colombia, Brazil, Cyprus, Australia, Switzerland, Athens and Thessaloniki. He has appeared in all 50 United States. He tours the U.S. every year, and has performed at the White House 10 times in the presence of the President. He has performed more than 40 times at Lincoln Center and several times at the U.N.

In 2000, he appeared at the Wigmore Hall in London with great success. Later on, he toured Germany with the Dresden Philharmonic Orchestra. He has been a featured artist at the music festivals of Caramoor in New York, Bar Harbor in Maine, Three Rivers in Pittsburgh, and Gina Bachauer in Greece. He has appeared several times as a soloist and with orchestras at the Athens Concert Hall.  His performances, with a wide-ranging repertoire and emphasis on works by Bach, Mozart, Beethoven, Chopin, Rachmaninov, Debussy and Gershwin, have won international recognition. He will always remembers  his collaborations with renowned conductors Bernstein, Previn, Johannos, Maazel, Rudel, Katims, Comissiona, Talmi, Fiddler, Schneider and Mehta; and with Sunshine, Spieth, Chung, Karytinos, Tsialis, Fidetzis and Michailidis. He has conducted the State Orchestras of Athens and Thessaloniki, the London Chamber Orchestra, the LVCO Chamber Orchestra, the Chamber Orchestra and Choir of The American College of Greece (Deree), which he founded and Feminarte.

Mr. Toufexis taught for many years at Lehigh University and Moravian University, and for two years at the Juilliard School of Music. He is often invited to give piano master classes in Greece and abroad. He has been Professor and Artist in Residence at The American College of Greece since 1988. Many of his students have excelled as pianists or conductors.

Mr. Toufexis has made a series of recordings for the BBC in London. He has appeared on TV more than 350 times, and made five CDs with Musical Heritage in the U.S., three with Philips, and one with Philippos Nakas in Greece. His CD, Romantic Piano Masterpieces, Vol. 1, which contains works by Mendelssohn, Chopin and Liszt, was a top seller in 1992 and sold out. Apart from being a pianist and conductor, Mr. Toufexis has been composing since the age of six years old.