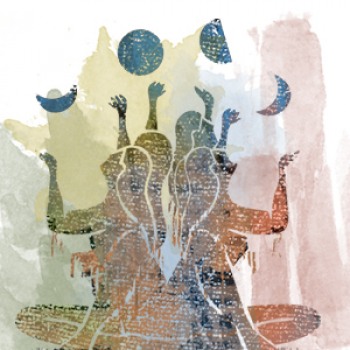 Nena Venetsanou returns to the place where she performed as a musician for the first time, early in the 1980s; at the Manos Ηadjidakis Open Air Theatre, Heraklion, Crete. Her return to her deput place stands out not as a flashback in her rich music career, but merely as the beginning of a new compositional period, some aspects of which the beloved Greek performer will premiere in this concert entitled “Nena Venetsanou: Seasons”.

Advance ticket sales | 12 & 8€
The pre-sale has started. You can get your ticket here.

Charismatic and munificent as a composer, the award-winning Nena Venetsanou marks her own pathway in music and in time, always presenting her exceptional compositions and new music collaborations subtlety and masterfully. In this concert, Nena Venetsanou presents selected famous compositions of hers, such as the songs Our Islands, Saint Titus, Asking to know the Truth, Lilith, Cities of the South, Fairy, et.al., and well-known songs by some of the most prestigious composers of Greek poetry such as Mikis Theodorakis, Giannis Markopoulos, Manos Hatzidakis and Nikos Mamagkakis; honoring their work, Nena Venetsanou pays a tribute to their decisive role to the reinforcement of her music career.
In this concert particularly, Nena Venetsanou selects her music material from songs composed on and inspired by the work of poets, such as Giorgos Sarantaris, Dimitris Antoniou, Arthur Rimbaud, and new compositions of hers on german poetry translated in Greek by Ioanna Aramidou and other translators.
Largely due to her undeniably unique and powerful, respectful and magnificent physiognomy as a composer and a singer Nena Venetsanou stands out among the most creative, productive and important Greek artists of the past fifty years.

Ta osa I moira mou graphe (All that is written for me by fate)
Music: Nena Venetsanou • Poetry: Odysseas Elytis

Short biographical notes of the performers

Nena Venetsanou | singer, composer
Nena Venetsanou was born in Athens. She started piano lessons with Harry Kladakis and later at the Hellenic Conservatory of Athens and Syros. She studied Art History and Archeology at the Franche-Compté University. At the same time she did singing lessons with Irma Kolassi.
She won the First Prize in the television competition of new talents of ERT. She has collaborated with Manos Hadjidakis for 15 years: «Mythology», «Absurdity», «Blood Wedding», «Ballads of Athena Street» and others. In 1979 she recorded an album with her own compositions-melodies of 5 poems by Paul Elyar in French and 6 Greek songs. This album established her in the general public and in the Greek discography as a songwriter at the age of 24. She collaborated with Nikos Mamagakis on «Odyssey», on «Erotokritos» and on «13 folk songs» by Lorca. She also collaborated with Theatre de la Mediterrane in Toulon that lasted 7 years with over 250 performances.
Nena Venetsanou toured in France, Switzerland, Belgium, England, Scandinavia, Hungary, Italy, Spain with Elena Mouzala, Angeliki Ionatou, Michel Montanaro, Luis Liak and lots of new jazz traditional musicians.
(1993) Songwriter: «Cities of the South», «New Earth», «Cafe Greco», «Agiron Εchos Theater» an important work for the birth and evolution of the ancient drama that contains excerpts from her music for the plays (Euripides’s «Trojans», Iakovos Kabanellis’s «Letter to Orestes», «Clytemnestra» by Marguerite Jursenar) performed by Ioanna Gavakou and composed the music in «Eva Kotamanidou cites Giorgos Sarantari», «Woman to George» performed by Costas Kastanas and the music «Light, Shadows, Coincidences» for the artistic work of the great painter Opis Zounis and Katerina Evangelakou.
As a composer, Nena Venetsanou has also collaborated with the Ministry of Culture (Center for Educational Programs «Muses Gifts» which represented Greece in Belgium and France for the project «Eridanus»). She has composed French and Italian poets, such as Michel Deguy, Paul Eluard, Alberto Savinio, Michelangelo Buonarroti, Gaspara Stampa and has given lectures and seminars for the Greek song in Belgium, in Greece, in France. She has taken part in recordings of the composers Lluis Llach, Michel Montanaro, George Koumentakis, Kalliopi Tsoupaki, George Stavrianou, Linou Kokotou, Katerina Polemi, Pigis Lykoudis, Dimitris Arnaoutis and others. She recently composed Ioanna Gavakou’s monologues: «Journey Back» (Alkmini Theater), «Nicoleta Syggrou: My Andreas» (Vault Theater) and «Mother Hecuba» (Alkmini Theater).
As a singer, she has sung in the films: «Quiet Days of August» dir. Pantelis Voulgaris, score by Manos Hadjidakis, «Eleni Boukouri Altamoura» dir. Kleoni Flessa, score by Iraklis Paschalidis, «The Flea», a multi-award film dir. Dimitris Stavros, score by Michalis Terzis and on  various TV shows.
She has appeared in ERT’s Contemporary Music Orchestra (conductor: Mikis Theodorakis) performing «Mathausen», «Small Cyclades» and with the Mikis Theodorakis Orchestra in «Epitaph», «Lianotragouda tis Patridas», «The song of the Dead Brother». She has collaborated in discography and in concerts with: Notis Mavroudis, Ilias Andriopoulos, Nikos Kypourgos, Giannis Markopoulos, Angeliki Ionatou, Mariza Koch, Luis Liak, Michel Montanaro, George Koumentaki, Vaso Argiridis, Socrates Venardos and many others.
As a solist Nena Venetsanou has collaborated with the following orchestras: Metropol Orchestra Utrecht, National Orchestra Kieve, Ossip of Orchestra Moscou, Oxford Orchestra England, Concert Hall Camera, Orchestra of Colors, Greek Radio Orchestra, 21st Century Orchestra, State Orchestra of Athens. She has been awarded by the Charles Cross Academy for her performance in the work Sapphode Mytilène by St. Ionatos. The International Peace Bureau honored her along with other important personalities of Politics and Art for her contribution to peace and culture in Greece. In November 2010, Nena Venetsanou was honored by the French Republic with the Knight of the Order of Letters and Arts (Chevalier dans l 'Ordredes Artset des Lettres).

Dimos Vougioukas | accordion, bandoneon
Dimos Vougioukas was born in Volos, Greece, in 1982. He began his musical studies with the accordion at the age of 11 at the municipal conservatory of Volos from where he graduated with honors.
He has collaborated with many well-known Balkan artists, such as: Petar Ralchev, Ionica Minune, Nedyalko Nedyalkov, Roby Lakatos, Tcha Limberger etc. He has as collaborated with well-known Greek artists, such as Agathonas Iakovidis (Rebetiko style), Nena Venetsanou, Babis Tsertos, Petros Gaitanos , George Dalaras, Pandelis Thalassinos,Glykeria etc.
He is a founding member and soloist in “Estoudiantina” Orchestra and does many of the orchestras arrangements and director and Bandoneon player of “Athens Tango Ensemble”. He has also participated in festivals in Castelfidardo-Italy and he has taught the Balkan and the Greek style on the accordion.at workshops in Music Village (Greece), at the Syros Accordion Festival (Greece) and at the AKDT (Belgium).
His career includes many concerts in Greece and in countries all around the world (Switzerland, Cyprus, Italia, Ukraine, Belgium, U.K., Germany, Portugal, New York, Turkey, Australia, Bulgaria, Romania, Sweden, Norway et.al.). He has participated in many recordings as well as television and radio shows. His first personal album is entitled “Voices of the Wind” (2008) and has been released by Universal Music.

Panos Dimitrakopoulos | kanun
Panos Dimitrakopoulos was born in Aigio, Greece in 1973. At the age of 18 he began to play the Kanun and he is a self-taught musician. His first performance was in 1995 with Chronis Aidonidis, Domna Samiou and Nikos Xydakis and in 2004 he was awarded wıth the Diploma by the Departments of Traditional Music of the Filippos Nakas Conservatory. Since 2003 he plays as a soloist in the composer Eyanthia Reboutsika’s band with a highlight in his performance on the soundtrack of the film “Politiki Kouzina” (2003). He has collaborated with various Greek artists, among others Pantelis Thalassinos, Eleni Karaindrou, Dimitris Papadimitriou, Giannis Markopoulos, George Dalaras,Nena Venetsanou, Elli Paspala, Eleftheria Arvanitaki, Dimitra Galani in concerts around the world, in discography, television and radio shows. In 2006 he started his collaboration with Loreena McKennitt in recordings and world tours. He has worked as a music teacher at the National Conservatory, at the Athens Conservatory, at the “Simon Karas Conservatory” and at the Epirus department of Folk & traditional music. Today, he teaches at the Postgraduate Program of the Department of Music Studies of the National and Kapodistrian University of Athens. He is a member of the Greek folk band “TAKIM”, with a significant number of international collaborations, such as with Calexico on their last album “Edge of the Sun” on the song “Roll Tango” featuring Eric Burdon. He is also member of the “Quartet of Senses and delusions” (Qua’SH) and of the Amoeba Trio together with soloists Thomas Konstantinou and Dimitris Tsakas.

Solis Barki | percussion
Solis Barki was born in Athens. He studied Economics at the University of Athens. He is also an illustrator and comic artist and has participated in exhibitions in Greece and other European countries. His works are published in magazines, cd covers and books for children and adults.
He studied Mediterranean and African percussion instruments and he is also a didgeridoo player. He explores the magic area of sound colors from all over the world. He has collaborated with many musicians and groups like Ross Daly, Nikos Xydakis, Michalis Nikoloudis, Omar Faruk Tekbilek, Bustan Abraham, Spyridoula band, Lamia Bendioui, Kristi Stassinopoulou, Nena Venetsanou and others.
He has participated in music, dance and theater groups such as the following: Theros, Magiko Chali, dance group Amalgama, Natassa Zouka dance group, Sephdora, Thessaliko Theatro and Theatro tis Anoixis. He has contributed in many records as a percussionist, composer and song writer. He makes duets with other musicians and dancers.
He plays frame drums, darbuka, dgembe, udu, berimbaw, didgeridoo, udu, water drums, singing bowls, gongs, calimbas, bells, shakers, jews harps, whistles and many sound objects. He also studies and performs the Indian art of Konnakol.

Giorgos Tossikian | classical guitar
George Tossikian was born in Piraeus in 1981. He studied guitar under Iakovos Kolanian (Contemporary Conservatory of Athens), graduating in 2004 with a unanimous First Class Diploma. At the same time, he attended seminars by internationally acclaimed guitarists, and distinguished himself in Greek competitions, and also at the International Renaissance Music Contest-Festival of Armenia, where he was awarded First Prize.
Since 2005, he has given recitals and participated in festivals in Greece and abroad. In recent years, he has been a permanent collaborator and member of the orchestra of composer George Varsamakis, while, since 2011, he has been appearing as part of a duet with guitarist and composer Notis Mavroudis.
In 2010, his first discographic work was released, under the title “Guitar Music” by Greek Composers, with works for guitar by established, as well as young, Greek composers, many of them premiere recordings. Three years later, he brought out his second album, entitled “Mosaic”, consisting of compositions influenced by the musical traditions of countries of the Near East and the Balkans. In 2015, a CD entitled “Aurora” was released, in which George Tossikian plays pieces for guitar, and the Suite for Guitar and String Ensemble by George Varsamakis.
In 2018 George Tossikian as a guitar duo with Notis Mavroudis release “Cafe Latino”, a collection of folk songs and dances from Latin America. Anonymous compositions, lost in the depth of time, arranged for two guitars.
He teaches classical guitar at the Contemporary Music Education Conservatory, and at the Philippos Nakas Conservatory. www.tossikian.com