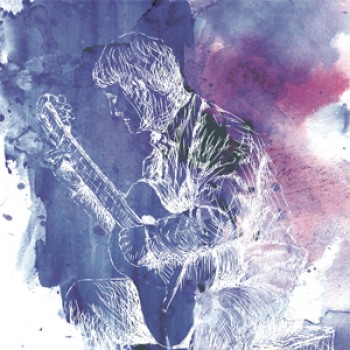 The music ensemble Concert Anima Trio presents an evening of musical “conversations” with the dominant aroma of Spanish music and its influence on european music repertory.
Spain, firstly as origin country of the contemporary type of four-string guitar, coming from the 15th century’s version, and with its special local musical colour, the intense rhythmic and dancing elements and the fiery pulse of an underground panting revolution, has inspired the European music repertory, mainly in the Romantic period, when the National Schools were created.
Spanish and other composers created pieces in which the Spanish influence is directly or indirectly detected. Pieces that sketch sound landscapes of descriptive music, in which flamenco converses with Goya’s paintings and Federico Garcia Lorca’s verses. Pieces of Isaac Albeniz (Astourias), George Bizet (Carmen Suite for 4 hands), Moritz Moszkowsky (Spanish Dances) will be heard in an atmosphere of fiery Spain, as well as pieces that detect the beginning of the guitar path (Mauro Giuliani, Johann Kaspar Mertz) and those which converse with other musical styles, like jazz (Claude Bolling, Concert for guitar and jazz piano).

Nikos Katsarakis was born in Heraklion, Crete in 1974. He started his studies at the age of 16. Four years later, he was awarded with a degree in classical guitar and afterwards a diploma in soloist guitar. During his studies in guitar, he also studied Harmony and Counterpoint with the composer Spyros Mazis. In June 2001, he was granted the Performance Diploma LLCM from London College of Music and the following year he got the Performance Diploma FLCM from the London College of Music and the FTCL from Trinity College of Music. At the same time, he was accepted in the Mozarteum University in Salzburg – Austria, where he attended the class of Eliot Fisk. He also attended classes of Agustin Wiedeman, Wolfang Gutmann and Maria Isabel Siewers, as well as the Contemporary Music class of Simone Fontanelli, Baroque Music class of Jorgen Huebscher, Renaissance lute class of Johann Bruederl and other renowned artists. In June 2005 he graduated with Bachelor of Arts (Bakauloreat Artium) and in January 2009 with Master of Arts (Magister Artium) in solo guitar performance. During his studies he worked on various thesis titled: "The composer Mikis Theodorakis", "Manuel Ponce and his contribution to the classical guitar" and "Pedagogical ideas of Adamantios Korais" with Michaela Schwarzbauer. He has participated in many masterclasses with many well-known soloists such as Marco Socias, Annielo Desiderio, Jesus Castro Balbi, Hubert Kappel, Thomas Muller Pering, Zoran Dukic and others.
Nikos Katsarakis has performed in many different cities of Greece and Austria. He has collaborated with the concert organization called "Jehudi Menuhin live music now" in Austria. He had also performed as soloist with the Blasphilarmonisches Orchester Sadhausen - Heidelberg. He is a guitar professor from 1992. Students of him has won more than 15 prizes in different guitar competitions. He teaches at the Music School of Heraklion and at the conservatory Odeio ton Hromaton.

Rania Toutountzaki | piano
Rania Toutountzaki started piano lessons with the teacher Avra Tsikoli (Apollo Music Club) and continued in Alena Rendzejova’s class (AR Conservatory), where she received a piano degree with excellent grade, unanimously and with distinction. She continued her studies in Athens with Chrissi Partheniadi (Ph. Nakas Conservatory) where she graduated with a piano diploma with excellent grade, unanimously and the first prize. Alongside, she studied advanced theoretics with Panagiotis Adam and Joseph Papadatos. She followed piano seminars with M. Vojtisek, C. Elton, L. Fleisher, S. Speidel, E. St. Nokleberg, M. St. Gambarian, G. Vakareli, L. Boyadjieva and advanced theorie seminars with D. Christof and P. Stoyanof.
She regularly appears in chamber music works, as well as in performances of works for four hands and two pianos. She has cooperated as a soloist with Sheffield Philharmonic Orchestra, in Switzerland with Cham Orchestra and with the Orchestra of the Prefecture of Heraklion under the conduction of Theodoros Antoniou. She teaches piano classes in the Music School of Heraklion.

Eugenia Psaroudaki | piano
She studied at the Faculty of Philosophy in the University of Athens on the field of History and Archeology, specializing in History of Art. Coming from a musical family, she received a degree and diploma of piano (class Klelia Topaloglou), advanced theoretics and a degree on singing, with Excellent grade and 1st prize (Alex Tournaissen). She has attended classes and master classes in Greece and Germany, with important Greek and foreign teachers (G. Hadntzinikos, G. Becker, L. Vaseiliadis, I. Potamousis, D. Toufexis and others) specializing in the accompaniment of lyric song (Reinhard Becker / University of Trossingen, Germany) and the conducting of children's choirs (Ionian University, Zimfira Poloz, E. Meligopoulou, D. Ktistakis, Theodora Pavlovitch), while she continues her studies in the Science of Music Pedagogy (Master in Music Education, European University Cyprus).
She actively participates in the artistic life of her town with numerous concerts in Greece and abroad, while she has collaborated as an accompanist with most lyric singers of her town and of National Opera. She participated as an accompanist in the latest music production of “The Selfish Giant” by Nikos Xanthoulis in the Cultural Center of Heraklion (March 2020). She is a piano teacher at the Music School of Heraklion since 2008. She teaches piano in conservatories of the town, while she supervises educational programs on the experiential connection of history and music with children and young people.