Interpreting the Human Voice – From Jean Cocteau to Francis Poulenc 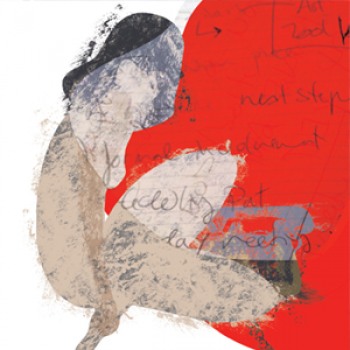 Swinging between hope and crash, a woman lives, through a phone call, the last moments of her disastrous relationship with her companion, one day before he marries another woman.
It’s a piece extremely current in our days, so familiar with the need to make woman’s voice to be heard. The theatrical one-act play of Jean Cocteau, Human Voice (1930), is a confessional monologue with melodrama elements, that guided other Human voices, from the one of Francis Poulenc to those of Piedro Almodovar, to resonate through new artistic delusional personas. The music piece under the same name of Francis Poulenc (1958), based on the theatrical piece of Cocteau, is an one-act lyrical drama for soprano and orchestra (first written for soprano and piano) that has been established as one of the most imposing pieces of the international music theatre repertory of the 20th century.
The Human Voice is performed in the Cultural Conference Centre of Heraklion in two successive interpretations in the same performance, where the dramaturgy of Cocteau is followed by the composition of Poulenc, highlighting the complementarity of the two genres. The acclaimed soprano of the Greek National Opera, Maria Kokka embodies the tragic figure in both versions of the Human Voice. She has been honoured for her dramatic interpretation in the second AnasaArt Theatrical Monologue Festival in the theatre of Paramithia, with the first prize (June 2019).

Maria Kokka | soprano
Maria Kokka has performed successively as soprano in the Greek National Opera and in several lyrical theatres in Europe, interpreting leading roles in operas, operettas, musicals, modern operas and oratorios. Few participations of her are mentioned here, like La Boheme of Giacomo Puccini, The marriage of Figaro of Wolfgang Amadeus Mozart, La Traviata of Giuseppe Verdi, I Pagliacci of Ruggiero Leoncavallo, Carmen of George Bizet, Il cappello di paglia di Firenze of Nino Rota, The Bat of Johann Strauss, The Land of Smiles of Franz Lehr, Lo Speziale of Joseph Haydn, Mesdames de la Halle and Orpheus in the Underworld of Jaque Offenbach, Candide of Leonard Bernstein, I want to see the Poppe and The Godson of Theophrastos Sakellaridis, Froyd and Her of Iosif Valet, Der Angel auf dem Schiff of Detlev Glanert, Human Voice of Francis Poulenc (she has also performed the theatrical piece of Jean Cocteau at the theatre of Paramithia), Requiem of Nikos Vasiliou, Messiah of Georg Friedrich Händel, Stabat Mater of Giovani Battista Pergolesi, Exultate Jubilate of Wolfgang Amadeus Mozart, Christmas Oratorio of Johann Sebastian Bach.
Her international career started with the leading role in Manon of Massenet, that she sang in the Opera of East Saxony in Germany, receiving excellent reviews. Cooperation and appearances with important roles followed, like Sonnambula of Vincenzo Bellini, Leila from the Perl Fishers of George Bizet, Antina from L’elisir d’amore and Norina from Don Pasquale of Gaetano Donizetti, Laureta from Gianni Schicchi of Giacomo Puccini, as well as many bel canto concerts in Germany, Czech Republic and Poland.
Under the guidance of the contralto Jolanda di Tasso, she was awarded with the Monody Diploma with excellent grade and the 1st prize and distinction, while she finished her piano and advanced theoretics studies. She continued her vocal studies with the famous baritone John Modinos. She has participated in cinema, audio recording and tv productions, among which the top is her cooperation with the famous Polish composer Zbigniew Preisner. Sha also has a degree from the Economic University of Athens on Statistics, a master on Business Administration, including an important thesis of hers on Business research. She has got two patents. She has worked in the Studies Department of the Deposit Guarantee Fund.
She has cooperated with the American College as a professor on the field of vocal technique and vocal coaching, as well as a director of Deree College and Pierce choruses. She was an executive member of the American College’s Department of Planning and Implementation of Artistic Events. She taught singing in the musical school for kids aged from 4 to 16 years old (Stagecoach). Since 2016 she teaches monody at the Ellinikon Conservatory.

Dimitris Giakas | piano
Dimitris Giakas was born in Athens. He took hit piano diploma from the National Conservatory and the class of Myrto Mavrikou. He continued his music studies at the École Normale de Musique in Paris, specialised on piano, chamber music and opera music preparation and then he continued studying singing accompaniment with Dalton Baldwin. From 1982 to 1991 he worked as a pianist-music coach at the Paris Opera and the Lyon Opera, after the invitation of Kent Nagano, its music director. At the same time, he performed accompanying on piano singers in Paris and other cities of France. Since 1990 he is settled back in Athens, where he started his regular cooperation with the Greek National Opera and Athens Megaron Concert Hall. He regularly accompanies Greek and foreign singers in concerts in Greece and abroad.

Dimitris Paradeisis | adaptation, Lighting
Dimitris Paradeisis was born the 1st of February 1963 in the town of Argos, Prefecture of Argolis.  His first contact with art was through the Stand-up Comedy group of Loukia Rikaki (1995-1996). He studied acting in the dramatic school Tabula Rasa of John Kapodistrias (2014-2016). Since then, he has participated in several tv series, advertisements and theatrical plays as an actor. In 2018 he set up his own company of theatrical productions and artistic events and the theatrical workshop of acing and writing, called AnasaArt. He has participated in theatrical plays and productions: Oscar and the lady in pink of Eric Emanuel Smitt (Elisé theatre, 2015), The homeless (short film for the Thessaloniki Festival, 2016), Theatre and authority of nikos Koundouros (Paramithia theatre, 2016-2017). He participated in the following productions through the company AnasaArt: The virus or Noah’s drunkenness of John L. Limtsioulis (Altera Pars, 2017-2018), The bomb of Nikos Perelis (Paramithia theatre 2018-2019), Death Dinner of Michael Michalios (Lychnos theatre, 2019), Human voice of Jean Cocteau (Paramithia theatre, 2019), The girl diamond of George S. Politis (Alkmini theatre, 2019), The lottery of George S. Politis (Paramithia theatre, 2019-2020).