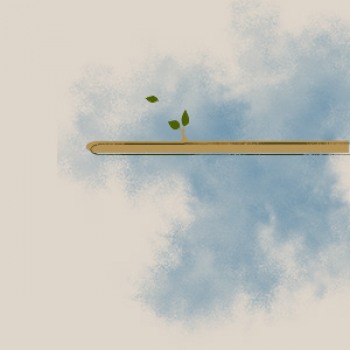 A marionette performance by the “Theatre of Marionettes Gotsi”

Geppetto is a lonely man, who had never been lucky enough to have his own child; he therefore crafts a wooden puppet to accompany him. Aiming to Geppetto’s rejoice, a good fairy gives life to the marionette, which magically turns into a child. Surprised and joyful, Geppetto names his …child, Pinocchio! Little Pinocchio is a child longing to experiencing life, without the knowledge of the perils and dangers of it…

A cast of seven beloved actors give voice to the handmade marionettes starring in a moving story full of laughter, beauty and …metamorphosis by the “Theatre of Marionettes Gotsi”!

The voices have been recorded at the In Vitro Studio.

The art of marionette was born in Greece, at about the 5th century b.c. under the appellation “Statues-Puppetes”. As mentioned from the Greek and Roman authors, the Puppetes and the histrionics were in fashion during this period, among Greeks. For many, the Pupppete Theatre was the symbol of human destiny. Plato compares man with a puppete, who Gods manipulate according to his passion. Aristotle conceives the picture of the God of the universe alike the artist, who maneuvers people like puppetes.

The main purpose of the marionettes is to offer fun and entertainment to all people, regardless of age. They are simultaneously a perfect means of children's education. Their plainness and warmth touch children's heart, influence them emotionally and spiritually, captivate and capture them. Children feel close to marionettes, love them, because they're small and simple, because they have a special and unfailing energy, and live in an impressive and attractive world, which excites their interest.

The "Theatre of Marionettes Gotsi" was established in 1978 by Nikos Gotsis. It is a touring theatre and thousands of children and adults in Greece have attended our shows. All these years, the experience we have gained in the children's theatre, the experimentation and research we have done, the constructions and the technique of the marionette's posture and movement, are these elements which give us the opportunity to travel you to the enchanting world of marionettes and offer you a responsible entertainment.

We have constructed two theatres, a "small" and a "large" one for all spaces, internal and/or external. Both theatres have full electrical equipment. We have mounted 10 plays for children and adults, and have over 200 marionettes, many of them are of unique manufacture. All of our plays transfer messages palpable to children for Peace, Environment, Friendship, Consciousness, making them to behave not only as viewers, but as a vital part of the play by making them to take part during the show and to express their opinion spontaneously. The texts have been written by Nikos Gotsis (member of the Society of Dramatics of Greece) and the marionettes have been made by Nikos and Thanasis Gotsis. Plays have been recorded by actors at the In Vitro Studio.