Lecture | How do we listen to the music? 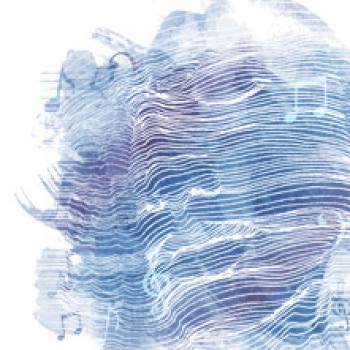 Nowadays that controversy and scepticism are searching for their own space in public and private discourses, the Heraklion Cultural Conference Centre gives the opportunity to fertile debates among intellectuals, scientists, thinkers, researchers. We open our doors, as the present times ask, to those who love and support the dialogue, those who don’t like being just listeners of tiring monologues, but choose to put questions, to search for convincing and thorough answers and overall give realistic propositions that occur through discussion process.
With the participation of top intellectual, science and culture representatives, of thinkers, writers and artists, who are present in the Greek and global scene, we start the discourse, having one goal, to keep on being in contact with the public, on international community matters. In this moment, that identities and roles readjust themselves, the Cultural Conference Centre searches for answers in a language simple and understandable, interacting with the audience and the scientists, holding ideas in the first plan!

The first circle of lectures starts with the conductor and artistic director of the Heraklion Cultural Conference, Myron Michailidis, on the production of the opera Idomeneo, king of Crete, of Mozart. This opera is the first lyrical theatre production that takes place in our island, in constructions made for this purpose. We believe that this is the way both the opera and the Cretan audience, deserve.
But how do we really listen to the music? Starting from the sound trip, the different music styles, to the contemporary transmission means, have we ever wondered and have we ever been able to answer to the question of how we listen to the music? Which is the role of music in our lives? Is it important which kind of music we listen to? Does music shape the way of our perception? And overall, is there a manual of the right way of listening?
Myron Michailidis in a lecture on the art of music. The journalists Katerina Aggelidaki and Antigoni Andreaki coordinate the discussion.

Myron Michailidis | conductor
Widely regarded as one of the most important Greek conductors, Maestro Myron Michailidis is currently General Music Director of the Philharmonic Orchestra and Theatre Erfurt, Germany, as well as the very first Artistic Director of the new Heraklion Cultural and Conference Centre in Greece. Appointed “Chevalier de l'Ordre des Arts et des Lettres” by the French Republic in 2016, Michailidis served as Artistic Director and Chief Conductor of the Greek National Opera from 2011 to 2017. His contributions to the institution’s achievements and successes were honoured with the Society of Friends of the Greek National Opera’s prestigious “Apollo Award” in his final year. Maestro Michailidis’ conducting style is characterized as impassioned and vivid, yet authoritative, allowing him to deliver outstanding dynamic control as well as wide-ranging musical expression. The Greek Critics Award bestowed upon him “Honourable Award for Music and Theatre”. Prior to his tenure as Artistic Director and Chief Conductor of The Greek National Opera, Michailidis was Artistic Director and Chief Conductor of the Thessaloniki State Symphony Orchestra, a post he held from 2004 to 2011. From 1999 to 2004 he further served as Permanent Conductor at the Eastern Saxony Opera in Germany.
With a repertoire spanning over 250 symphonic works and 40 operas ranging from the Baroque to the Contemporary, Maestro Michailidis is particularly known for his interpretations of Beethoven, Tchaikovsky and Rachmaninoff, as well as the operatic works by Verdi, Puccini, Gounod and Wagner. Throughout the years, Michailidis has collaborated with internationally distinguished musicians such as Paul Badura-Skoda, Salvatore Accardo, Cyprien Katsaris, Aldo Ciccolini, Ivo Pogorelich, Lars Vogt, Shlomo Mintz, Misha Maisky, Vadim Repin, Martino Tirimo, June Anderson, Cheryl Studer, Paata Burchuladze, Fazil Say and Barry Douglas, among many others. He has conducted some of the most renowned orchestras throughout Germany, China, Israel, Italy, Czech Republic, Russia, Mexico, Slovakia, Poland, Romania, Portugal, Taiwan, including the Berlin Symphony Orchestra, Vienna Chamber Orchestra, Rome Symphonic Orchestra, Shanghai Opera House Orchestra, Slovak Philharmonic Orchestra, Jerusalem Symphony Orchestra, Bucharest National Opera, Staatsorchester Braunschweig, Philharmonisches Orchester Erfurt, Astrakhan Symphony Orchestra, Orchestra della Fondazione Teatro Lirico Giuseppe Verdi di Trieste, George Enescu Philharmonic Orchestra, Prague Radio Symphony Orchestra, Sofia Philharmonic Orchestra, Mexico State Orchestra, Odessa Philharmonic Orchestra, as well as all of the major orchestras in Greece. While with the Thessaloniki State Symphony Orchestra, Michailidis led concerts at various festivals in Greece as well as abroad. In December 2007, during the celebration events of the Cultural Year of Greece in China, he took the Orchestra on tour to Beijing China, host of the 2008 Olympic Games.
Maestro Michailidis has conducted numerous opera productions at opera houses, festivals and on international tours. Over the years, he has performed with some of the finest singers, stage directors and set designers. He has further led numerous spectacular productions at the legendary Odeon of Herodes Atticus in Athens. In 2015 his production of Gounod's Faust with Eric Cutler, Alexia Voulgaridou, Paata Burchuladze and Dimitri Platanias, directed by Renato Zanella, marked the Greek National Opera’s first DVD release. In 2017 he led a production of La Fille du Régiment at Shanghai Grand Theatre. As Theater Erfurt’s new General Music Director, he has conducted new productions of Carmen (2018), Aida (2019), Rimsky-Korsakov’s Tale of Tsar Saltan (2019), Lohengrin (2020) and Mozart’s Der Schauspieldirektor (2020), as well as performances of Lehar’s Merry Widow (2019). Upcoming productions with Theater Erfurt scheduled for the 2021/22 season include Manon Lescaut and Luisa Miller as well as a new production of Nabucco. In March of 2021 Michailidis was scheduled to conduct Norma at The Göteborg Opera, a production that unfortunately had to be cancelled due to the pandemic.
A prolific recording artist, Michailidis’ 2012 EMI Classics recording of Beethoven's 3rd and 4th piano concertos with the legendary French-Italian pianist Aldo Ciccolini received exceptional international acclaim. His recording of works by the Italian composer Ildebrando Pizzetti for Naxos, including several world premieres, earned Michailidis stellar reviews with five Diapasons by the French magazine in 2009, and several awards. Two years prior, his first Naxos CD featuring Theodore Kerkezos and works by 20th century Greek composers such as Mikis Theodorakis, Nikos Skalkottas, Theodore Antoniou, Manos Hadjidakis, Minas Alexiadis and Vassilis Tenidis won the Pizzicato Classics “Supersonic Award” and two Grammy Award nominations. Following his piano studies with Dimitris Toufexis in Athens, Michailidis studied conducting with Hans-Martin Rabenstein at the Universität der Künste Berlin and participated in Master Classes by Miltiadis Karydis and Simon Rattle. He also holds a law degree from the University of Athens.