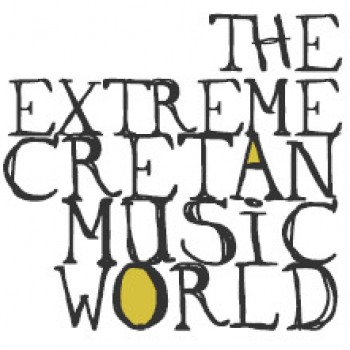 Babel Trio is consisted by three members, Dimitris (electric lute), Trikalero (Drums), Michalis (electric bass). Babel Trio's members come from different areas of Greece bringing together at least three different influences of that traditional Greek music. Dimitris, with roots from Crete, Trikalero from the North-west part of the mainland and Michalis from Ionian Islands, were involved with music in very early ages, having influences from traditional, classic, jazz, stoner rock/metal music styles. Growing up in small villages from early ages they experienced big traditional music concerts and fests that included also big circle dancing. All that influences they had from their traditional background, push them through their heavy rock 'blender', add their personal, electric touch and create a uniquely blended sound that likened as classic Cretan lyre player Skordalos possessed by Melvins.
Babel Trio’s vision for Roots Electrified was to present people’s struggle of preserving their own local cultural identity in a period of social, economic and cultural crisis in Greece and worldwide. Babel trio’s goal is to convey its messages not only to the Greek public but also to the European and why not Global audience. Emotions, concepts and concerns such as anger, despair, revolution and romanticism are expressed through its music. In the track Rizitiko, for example, that is a traditional Cretan song that speaks about freedom we choose not to use voices and, in that way, to express how our culture tends to remain speechless in this period of crisis. Another example is the “Karouzos dialog” track, where the band is conveying the vainglory of the modern times lifestyle.
Babel trio’s goal is to produce music that screams the cultural, economic and social struggle of Greeks nowadays, through the emotional state of anger. These emotions are expressed though explosive drums and distorted traditional melodies played by the electric lute and the electric bass, and speaks in a progressive folk rock, psychedelic music code, rooted in the island of Crete and the Aegean Sea. Although their music in derived mostly from the traditional music of the Aegean and Crete, it also has an international character aiming to convey the messages beyond the Greek boarders. 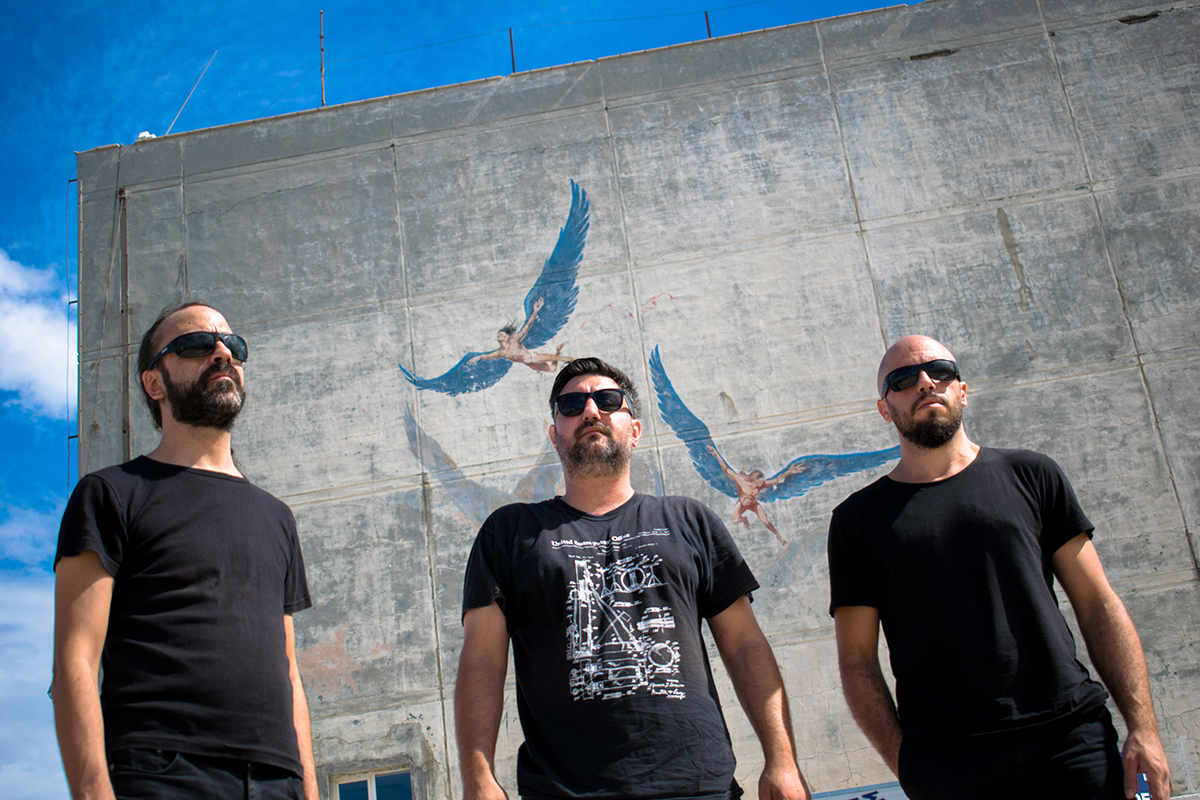 Dimitris Sideris |front vocals, electric lute
Born in Athens, he studied classical guitar at the Attiko conservatory. After moving to Crete in 1997, he graduated from the University of Crete, Department of Sociology and got involved with the Cretan lute. Over the last 15 years he has been performing in traditional concerts and festivities, collaborating with prominent Cretan musicians such as Dimitris Sgouros, Zacharias Spyridakis, Antonis Fragakis, Giorgos Xylouris and others. He is active in the educational field giving workshops in Greece and abroad, and currently conducting his PhD thesis on Cretan music identity, at the Faculty of Philosophy & Social Studies in University of Crete.  As a member of the bands Daulute and Babel trio and as a solo performer, he is developing a personal style on the Cretan lute integrating various eastern and western elements. In 2015, Dimitris designed and created a prototype musical instrument: the electric lute. His most recent music production, Lute Electric: Soundscape recordings of solo performance is captured on film by Before Sound_Filming Reality in Lute Electric the documentary.

Michalis Avlonitis | bass, back vocals
Michalis knew from the early stages of life that he had a passion for music. He started playing the piano at the age of 7, was trained how to play the guitar at the age of 9 and for the last 15 years is a self-taught bass guitarist and this is what earned his devotion at the end. He decided to attempt and graduated from the Music School of Corfu, Greece and later he studied music theory and harmony in Athens. The first rock band he participated in as a composer and a guitar player, was at the age of 13. Since then, he never stopped composing and creating music inspired by rock, metal, classic and traditional Mediterranean music.
He always liked the Cretan music and that is what lead him to the island of Crete in the first place, where he met Dimitris and Trikalero. From the very first jam he knew that they would match. He always had the vision of a not stereotyped music, influenced by the traditional music and poetry mixed up with modern sounds, and he has eventually found the mandatory space to express himself. He has never stopped learning, studying and improving himself.

Giorgos Zabakis (Trikalero) | drums, back vocals
Trikalero has been involved in music since childhood, learning bouzouki and classical guitar from his cousins. From that moment on, his dream was to form a band. Guided by his dream, he manages to convince his cousins to form the band Anesthesia, his first band. His acquaintance with Dimitris and Michalis resulted in a fraternal bond that sparked his ambitions and inspirations for a pioneering patchwork of music, namely the Babel Trio.
He has studied drums at the Filippos Nakas Conservatory, the Athenaeum Conservatory and the Modern Music School of Heraklion and since 2012 he has been teaching drums in various schools in Crete. He is a graduate of the Department of Music Technology and Acoustics of the TEI of Crete and in 2018 he was accepted to the Berklee College of Music in Boston. He has collaborated on drums with various artists such as Giannis Miliokas, Dimitris Vasilakis, Manos Lidakis, Vassilis Spyropoulos (Spyridoula), Ilse Huizinga, Christopher Li'nard Jackson, and many more. He is the founding member of the band Babel Trio and has collaborated with various bands on rock, pop, funk, jazz-rock, experimental, rhythm 'n' blues and Greek music in Crete.