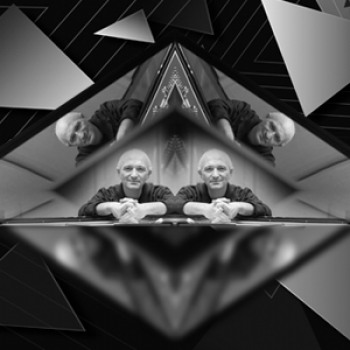 What is described by the term “classical music”?
Which is the connection between Richard Wagner and …Indiana Jones, or even …Superman?

The multitalented, world-widely acknowledged and award-winning composer, pianist, conductor and producer Christos Papageorgiou presents for the very first time at the “Andreas and Maria Kalokairinou” Hall an intriguing lecture-recital on the relationship between classical music and the music composed for cinema. Great works of the classical music repertory as well as selected excerpts from the soundtracks composed for a series of famous movies are performed at the piano by the producer himself, aiming to enlighten secret insights which convey classical music to cinema.

Thematic axes of the lecture-recital presented by Christos Papageorgiou:
Ι. What is “classical music”?

ΙΙ. The numerous ways of using classical music in the movies

IV. Wagner and Strauss in cinema!

V. Copying and covering is an old new story

VI. Classical music and music for the movies

Christos Papageorgiou is widely known in Greece as a producer of Classical Music Programs for the TV (2004-2021) and the Radio National Channels, broadcasting for National Classical Radio 3 on a daily basis since 2001. From 2014 to 2015, he was the Director of the National Classical Radio 3 (Trito Programma) and later appointed "Counselor on Music and culture" to the President and Managing Director of ERT (Hellenic National Broadcating Corporation). On a televised anniversary concert, Christos Papageorgiou performed and conducted Sergei Prokofieff’s 3rd Piano Concerto from the piano, 85 years after Dimitris Mitropoulos had done so in Berlin.

Christos Papageorgiou has received many distinctions for his compositions, including First Prize at the “5th International Competition for Composition - 2 Agosto” (Italy) for his Concerto for Electric Guitar and Orchestra. He was the recipient of the “Young Artist of the Year” award in 1998 by the “National Society of Critics for music and drama”.

Christos Papageorgiou regularly gives numerous lecture concerts. He has been teaching music history and piano at the Ionian University in Corfu, Greece and at the National School of Dance, and he has lectured in many institutions and universities in Greece and abroad, such as the Wiener Gesselschaft für Music, Lucern Conservatory, the Mass Media Department of the Athens University, the Postgraduate Department of the School of Architecture of Volos University, et.c.