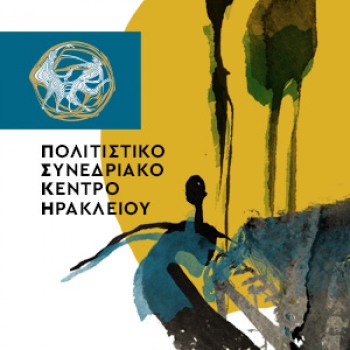 Euripides’s “Trojan Women” and “Hecuba” have marked the international drama repertory as theatrical masterpieces capturing the atrocities of war from the victims’ perspective: the defeated of the war in the context of the euripidean tragedy struggle against the loss, aiming to find a way to continue living beyond striving for life.

Having suffered the complete collapse of her own house, Hecuba, in Euripides' tragedy "Trojan Women", emerges as the archetype of the war victim and the mother of the defeated. On the contrary, in the homonymous tragedy of the leading tragedy, Hecuba is transformed from victim to abuser, deciding to raise her hand of vengeance.

In this theatrical monologue entitled “Mother Hecuba”, Evi Economidou selects and edits dramaturgically certain scenes from the two aforementioned tragedies by Euripides, exploring the fascinating character of Hecuba in several stages of her final metamorphosis from victim to abuser. The time and place in this particular theatrical play are to be searched merely closely to our historical memory: somewhere on the arid side of the rich-in-its-bowels earth, during a war that seals the fates of men.

Through the dramatic logos of Hecuba, unfolds the reason and speech of the female role with the-many-names, the so-called “actress of the world”; her dramatic character becomes thus the means for us to reflect on the sufferings inextricably and bitterly brought by war on men: the death of the body and the total suffocation of the spirit, the annihilation of memory, the uprooting of cultural continuity and a series of successive acts of violence and revenge which threaten to alter human existence once and for all.

“Mother Hecuba”, a theatrical monologue directed by Manolis Ionas has received great success when presenting at the 5th Theatre Festival “Theatrical Performances in Hermionida”, at the Archaeological Museum of Salamina as well as at the Theatro Vrachon as part of the Festival of Theatrical Monologues. The original music of the play is composed by Nena Venetsanou. For her performance in the role of Hecuna, actress Ioanna Gavakou has been awarded with the “Maria Alkaiou” award.

Written and transcribed by Evi Ekonomidou

Starring Ioanna Gavakou as Hecuba and Nena Venetsanou as the voice of Andromache and Kassandra.

Ioanna Gavakou is a graduate of the School of National Theater and the Department of Theatrology of the Aristotle University of Thessaloniki. She has collaborated with important directors of the Greek Theater and Cinema: Karolos Koun, Michalis Kakogiannis, Leonidas Trivizas, Manos Volanakis, Nikos Nikolaidis, Costas Baks, Korais Damatis and many others. She has played important parts: Grusha in Bertolt Brecht’s «The Caucasian Chalk Circle», Pandora in V. Ziogas’s «Seven Boxes of Pandora», Kassandra in Euripides’ «Trojans», Clytemnestra in J. Kabanellis’s «Letter to Orestes», Veronica in A. Leving’s «Veronica’s Room» and many others. She lived in the USA for several years where she collaborated with American professional theaters, the Scena Theater, the Washington Shakespeare Company, the Strawberry festival, the Producers Club II.

Ioanna Gavakou successfully performed in the play «Nicoleta Syggrou: My Andrew» as in Nicoleta Nomikos Syggrou written and directed by Simos Papanastasopoulos at the Vault Theater and Hecuba in «Mother Hecuba» at the Alkmini Theater directed by Manolis Ionas. Two great performances that were immediately nominated for the Maria Alkaiou special award by the Academy of Greek Art Awards. She won it in 2018 for her portrayal of Hecuba in «Mother Hecuba». She took part in the TV series: «Lawyers» dir. Paul Sklavos as Alexandra. Important parts in Greek cinema: «Fonissa» by A. Papadiamantis, directed by Stella Arkenti as Fonissa, «Ego o Giannoulis Halepas» dir. Stella Arkenti as Irini, G. Halepas’s mother.

Nena Venetsanou was born in Athens. She started piano lessons with Harry Kladakis and later at the Hellenic Conservatory of Athens and Syros. She studied Art History and Archeology at the Franche-Compté University. At the same time she did singing lessons with Irma Kolassi.

She won the First Prize in the television competition of new talents of ERT. She has collaborated with Manos Hadjidakis for 15 years: «Mythology», «Absurdity», «Blood Wedding», «Ballads of Athena Street» and others. In 1979 she recorded an album with her own compositions-melodies of 5 poems by Paul Elyar in French and 6 Greek songs. This album established her in the general public and in the Greek discography as a songwriter at the age of 24. She collaborated with Nikos Mamagakis on «Odyssey», on «Erotokritos» and on «13 folk songs» by Lorca. She also collaborated with Theatre de la Mediterrane in Toulon that lasted 7 years with over 250 performances.

(1993) Songwriter: «Cities of the South», «New Earth», «Cafe Greco», «Agiron Εchos Theater» an important work for the birth and evolution of the ancient drama that contains excerpts from her music for the plays (Euripides’s «Trojans», Iakovos Kabanellis’s «Letter to Orestes», «Clytemnestra» by Marguerite Jursenar) performed by Ioanna Gavakou and composed the music in «Eva Kotamanidou cites Giorgos Sarantari», «Woman to George» performed by Costas Kastanas and the music «Light, Shadows, Coincidences» for the artistic work of the great painter Opis Zounis and Katerina Evangelakou.

As a composer, Nena Venetsanou has also collaborated with the Ministry of Culture (Center for Educational Programs «Muses Gifts» which represented Greece in Belgium and France for the project «Eridanus»). She has composed French and Italian poets, such as Michel Deguy, Paul Eluard, Alberto Savinio, Michelangelo Buonarroti, Gaspara Stampa and has given lectures and seminars for the Greek song in Belgium, in Greece, in France. She has taken part in recordings of the composers Lluis Llach, Michel Montanaro, George Koumentakis, Kalliopi Tsoupaki, George Stavrianou, Linou Kokotou, Katerina Polemi, Pigis Lykoudis, Dimitris Arnaoutis and others. She recently composed Ioanna Gavakou’s monologues: «Journey Back» (Alkmini Theater), «Nicoleta Syggrou: My Andreas» (Vault Theater) and «Mother Hecuba» (Alkmini Theater).

As a solist Nena Venetsanou has collaborated with the following orchestras: Metropol Orchestra Utrecht, National Orchestra Kieve, Ossip of Orchestra Moscou, Oxford Orchestra England, Concert Hall Camera, Orchestra of Colors, Greek Radio Orchestra, 21st Century Orchestra, State Orchestra of Athens. She has been awarded by the Charles Cross Academy for her performance in the work Sapphode Mytilène by St. Ionatos. The International Peace Bureau honored her along with other important personalities of Politics and Art for her contribution to peace and culture in Greece. In November 2010, Nena Venetsanou was honored by the French Republic with the Knight of the Order of Letters and Arts (Chevalier dans l 'Ordredes Artset des Lettres).

Manolis Ionas was born in Athens. He studied at the Drama School of the Piraeus Association (1993).He studied Classical Music at DEPAK (Municipal Cultural Enterprise of Kalamata), at Naka and at the Amadeos Music School. He attended dance classes with Zouzou Nikoloudi, Myria Souazi and at DEPAK. He has attended theater and dance seminars with: Thanassis Papathanassiou and Lida Protopsalti (Interpretive of Modern Greek Theater, 1993), Marilena Kareta (Expressive Movement, 1991-1992), Dimitris Oikonomou (National Theater Experimental Stage 2000-2001). He also attended the following seminars: at the National Theater for the training of young actors (1987-1989), at the Theater Workshop of the Municipality of Athens (1989-1990), at the 1st Workshop of Directing and Acting at the Experimental Stage of the National Theater, at S.E.I  for the Acting of the Ancient Drama (1991-1992). He has worked as an acting teacher at Hillside Press Publishing Company for secondary school teachers (2007-2009), at a workshop with teachers in the area of Ermionida (2008-2010) and as a drama therapist at the «Kastalia» mental illness clinic.

He performed at the Municipal Regional Theater of Kalamata in «Twelfth Night» by Shakespeare, «The Impostures of Scapin» by Molière, «Polygamy» by Xenopoulos, «Odyssey» by Homer, «The Threepenny Opera» by Brecht, «Captain Michalis» by N. Kazantzakis, «Telis and Belis» (children’s play), «The Beauty and the Beast» (children’s play) (1996-1998). He performed at the National Theater in «The Love for Three Oranges» by Carlo Gozzi directed by Carmen Rouggeri, «A midsummer’s night dream» by Shakespeare directed by Nikos Hatzipappas, «Peace» by Aristophanes directed by Vasilis Nikolaidis, «Students» by Grigorios Xenopoulos directed by Kostas Tsianos (1998-2001). In 2001 he performed in «Malla» directed by Giannis Kakleas at the Pallas Theater. He collaborated with the Street Theater in the plays «Prometheus» and «Dragon» by Schwartz directed by Nikos Hatzipappas. In 2002 he performed in «The shop in the corner» directed by Stefanos Kotsikos (Akadimos Theater). In 2003 he collaborated with Sotiris Hantzakis in «The Last Temptation» by Nikos Kazantzakis (New Stage of the National Theater).

Manolis Ionas was a founding member of the State-sponsored  (by the Ministry of Culture) Theatrical Company «TELEIA» (Year of Establishment 1998) and performed in: «Immortal Love» & «A glass of water» by  Lyudmila Petrushevskaya directed by Nikos Sakalidis in collaboration with the Theater of Neos Kosmos (2002-2003), «Evanescent people and animals» adapted-directed by Evanthia Stivanaki (2003-2004), «The Return» dramatic monologues by Giannis Ritsos directed by Korais Damatis. The play was presented at the Simio Theater (Spring 2006), at the 1st BALKAN Performing Arts Market (June 2006), at Shanghai Performing Arts Fair (October 2006), at the Angelon Vima Theater (Winter 2006) and at the Sydney Greek Film Festival (March 2007).

He has performed since 2009 in «Dial M for Murder», by Richard Harris, «Poker» by Jean Cassiés and directed by Daniel Lommel, «12 Angry Men» by Reginald Rose, «Absent Friends» by Alan Ayckbourn and directed by Konstantina Nikolaidi, «The Vegetarian Tiger» directed by Thanos Angelis, «When the beautiful women get hung» by Manos Tsilimidis and directed by Giannis Diamantopoulos (Alkmini Theater). He performed in the following TV Series: «Yes, Sir» (1991) directed by G. Chartomatzidis starring Rena Vlachopoulou and «Traces» (2007) directed by V. Tselemegos.

Manolis Ionas performed in the TV Movie «Paradise for 3» by M. Manousakis (2003) and in the movie «Aegean Sea SOS» directed by Pierros Andrakakos (2018). He has directed since 2007«Meeting» by Giannis Ritsos, «Magic Journey to Mountain Olympus» written by him, «Make move for me» by Andy Kostakou, «Assignment» by D. Dimitriadis, «Persephone» by Giannis Ritsos, « Laurels and Oleanders» by D. Kechaidis – E. Chaviara,  «Elladografia» by Giannis Vouros, «Mother Hecuba», «Let the Spring» by Sophia Adamidou, «Going up the ladder» by Angelos Moschonas, «Peach pie» by Minas Vintiadis, «Sevas Chanoum» by Giorgos Chronas and many more.