"Memory hurts wherever you touch it" 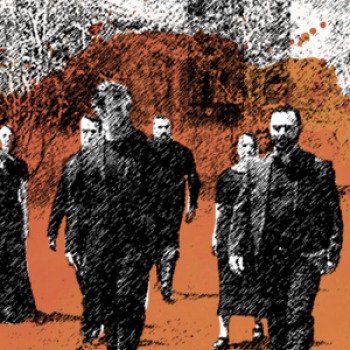 A dance drama on the occasion of the Battle of Crete from the Cretan Dance Expression Group Giannis & George Megalakakis.

We are full of memories. Personal memories: Lost loves, people who are gone, mistakes we made. And they hurt us. But also sweet moments, great joys, carefree moments that hurt us bittersweet.
And on the other hand, collective memories, historical memories: Disasters and victories, sacrifices and greatness, glorious and inglorious moments for every collective that we have appropriated, starting with the Homeland.
I whispered: "memory hurts wherever you touch it."
Every memory hurts, one way or another. A gift of great weight that follows us in every step. And it often brings us pain. And not that this is bad. However, most of the time, we hate pain because we forget that its memory is not in the present moment.
It belongs to the past, and we know therefore it can not hurt, but only teach us.
The Cretan Dance Expression Group of Giannis & George Megalakakis, takes occasion from the historic Battle of Crete to talk about another war. A war that is raging today and has as its battlefield our souls.
And at stake is our humanity and our solidarity.
Memory hurts wherever you touch it, says our Nobel Prize-winning poet, George Seferis. That and the title of the show.
But what will every one of us transform this pain into?
That is what will judge everything. Is there any reason to believe that people can end the war? Historically, there have been only a few scattered years when this land was free of wars.
In the 20th century alone, around 100 million people have been killed in wars! The viewer watches true stories from the dramatic days of the German occupation in Crete.
Cretan dance, poetry, songs, theatrical kinesiology, and quotes are the artistic materials of the show.The ancient Cretan dances, brought by Theseus to Crete, travel through time and meet the shocking Battle of Crete, one of the most important battles of World War II that went down in history both for the resistance encountered against the Nazi forces and for the losses they suffered in their attempt to conquer Crete. Our heroes, however, are not alone. Their meeting takes place under the watchful eye of a dance, in the dual sense, of invisible observers. These invisible observers, the protectors, the guardian angels, or just the spirits of the past, listen to their emotions and make them dance. They read their thoughts and make them dance. They follow their conversations. And they make them dance. They meet our heroes in the land of memory and talk to them. And when the conflict peaks they will try to bring them to light.

BIOS
Giannis & George Megalakakis
They come from Apokoronas, Chania and Arkadi,Rethymno.
For 25 years they have been conducting on-site recordings and surveys in the villages of Crete. They collect photographic and rare audiovisual material on the subject of dance art and history of Crete.
For many years, they travel around the world to raise the level of Cretan dance expression. Their vision is to spread and promote Cretan dance as a world art.
They have collaborated on stage with modern dance, flamenco, with Egyptian spinning Dervishes as well as with dancers of traditional dances from many parts of Greece. They teach Cretan dances in many Cultural Institutions of Attica and have over 300 Cretan dance seminars in all prefectures of Greece, in many cities in Europe, America, Canada and Australia.
In 1997 Giannis Megalakakis dances at the opening ceremony of the World Athletics Championships at the Kallimarmaro Stadium under the direction of Vangelis Papathanassiou.
In 1998 they found the "Cretan Dance Expression Group".
In 2004 Giannis Megalakakis dances at the closing ceremony of the Athens Olympic Games, at the Olympic Stadium (O.A.K.A.) under the direction of Dimitris Papaioannou.
With their Dance Group they have presented original performances and special presentations - lectures at the Academy of Athens, at the New Benaki Museum, at the Pallas Theater, at the Vrachon Theater, at the Eugenides Foundation, at the Museum of Folk Art and Tradition "Angeliki Chatzimichali" , at the Center for Mediterranean Architecture (Chania), at the Amphitheater of the Municipal Gallery (Larissa), at the Gyzi Palace (Santorini), at the Badminton Theater, at the Papagou Theater, at the Lycabettus Theater, at the Dora Stratou Theater, at the Rialto Theater in Limassol, Cyprus and elsewhere, collaborating with the most important artists of Cretan and art music.
They have collaborated with the director Giannis Smaragdis for the needs of the films "El Greco" and "Kazantzakis" as well as with the director Thodoris Papadoulakis for the needs of the TV series "The Island".
Two editions have been released: "When I listen to Crete" in 2006 "," I dance for centuries in Crete "in 2011 with rare audiovisual material on the subject of Cretan dances.
Giannis Megalakakis has written 3 books: "Choreographing" in 2011, "My favorite word, it became your name" in 2015 as well as the fairy tale "Grandpa's steppes" in 2019.