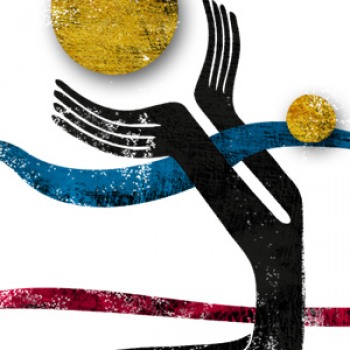 Thea award-winning composer of cinematic music Zorzes Katris presents for the first time on the “Andreas and Maria Kalokairinou” Hall at the Culture and Conference Center of Heraklion an audiovisual performance, a tribute to the 200 years since the Greek National Revolution year (1821).  “Zorzes Katris: Greece, Land of Light” forms a unique cinematic program, in which the magic world of screen and epic music, bind together the very sense of heroism and freedom. This exceptional audiovisual journey comprises an alternate, circle relationship between epic music and lyricism, in which the composer –being on stage himself– connects the parallel movement of music and cinematic projection.

The performance sets a long-duration frame of cinematography, musically edited with several compositions of orchestral, lyrical and vocal music, while selected parts of the chronicles written during the 1820s Greek national struggle towards liberation are organically embodied to the performance ascribing and contributing in context to the performance of the narrative and descriptive texts. From the selected oeuvre of the composer, there will be included excerpts of the magnificent oratorio of the Hellenic Union of Heptanesians -  Conventus 1864 (the Union), the composition entitled “Ode to the Greeks”, inspired by the innovative music composition system in which the anti-transfer quality of mathematics, the Golden Ratio phi (φ), the ancient Greek alphabet and the pitch of the musical tones as depicted in the musical notation system of the Western European music functions as the basic components and compositional tools towards the composition of the epic music melody and the metrical poetry of the Symphonic and Choral Rhapsody “To Stolidi” (The Gem).

Hymn of the Elysium: Piano / Singing

He began his musical studies at the Central Conservatory of Costas Klavvas with the Russian professor Olga Tokmakidou. He continued at the Athens Conservatory in the class of Charitos Kladakis, and later at the Royal Conservatory "Mal Maison" in Paris, while at the same time he completed his military service in the musical troupe of the French Presidency of François Mitterrand, officially undertaking the orchestrations of the military marches of the 8th Battalion of Paris.

At the age of 24 he composed his 1st bouzouki and orchestra concerto which was premiered at the Athens Concert Hall with the Orchestra of Friends of Music "Camerata" and a year later he met and collaborated very closely for the next years with the renowned Greek composer George Chatzinassios. Today he is both a composer and an orchestrator in major music organizations such as the Athens Concert Hall, the Herodus Atticus Theater, the Piraeus Municipal Theater, the Veakeio Theater, Salle Georges Brassens (France) Pyramids of Giza (Egypt), Katia Dandoulaki Theater etc.

Some of his appearances and indicative collaborations are with: the Camerata Orchestra of Friends of Music of the Athens Concert Hall, the National Symphony Orchestra and Choir of ERT, the Mixed Choir of the Ensembles of the Municipality of Athens, George Chatzinassios with the ‘’Ode to Alexander the Great’’ at the Herodus Atticus Theater and at the Pyramids of Giza in Egypt for the celebration of the 100 years of the Greek community etc. He has been commissioned to compose music for the cinema in Greece and abroad, as well as the Symphonic Rhapsody "The Jewel" under the auspices of the President of the Hellenic Republic Mr. Prokopis Pavlopoulos.

In 2016 he received a distinction for his music in Dinos Panagokos' film "Maria's Lullaby" and won the 2nd prize ''Silver Dionysus'' at the Drama Festival. He was selected at the Greek Film Festival of Los Angeles, Chicago and Barcelona. His works have been published by the publishing and percussion company Southern Percussion.

Zorzes Katris has been distinguished as composer in two International Competitions: won the 3rd prize for his music for Film Animation at the Athens Concert, as well as the 3rd prize at the international competition of Original Composition for Wind Band with the Philharmonic Orchestra N.X. Mantzaros in Corfu.

Since 2016 he has been collaborating with the Postgraduate Program of the Ionian University and proposes part of the educational programs "Composition for the Cinema, the Theater and the Performing Arts".

Up to date, the composer's essay, lists many international awards including the Best Original Score award in Los Angeles for George Leontakianakos' film "With New Eyes" in 2020. He is already preparing his new work, a three-act opera entitled "Ioannis Kapodistrias - the murder of an unfulfilled love" dedicated to the 200th anniversary of the Greek revolution. Since November 2020, Zorzes Katris is represented worldwide by Musicentry. 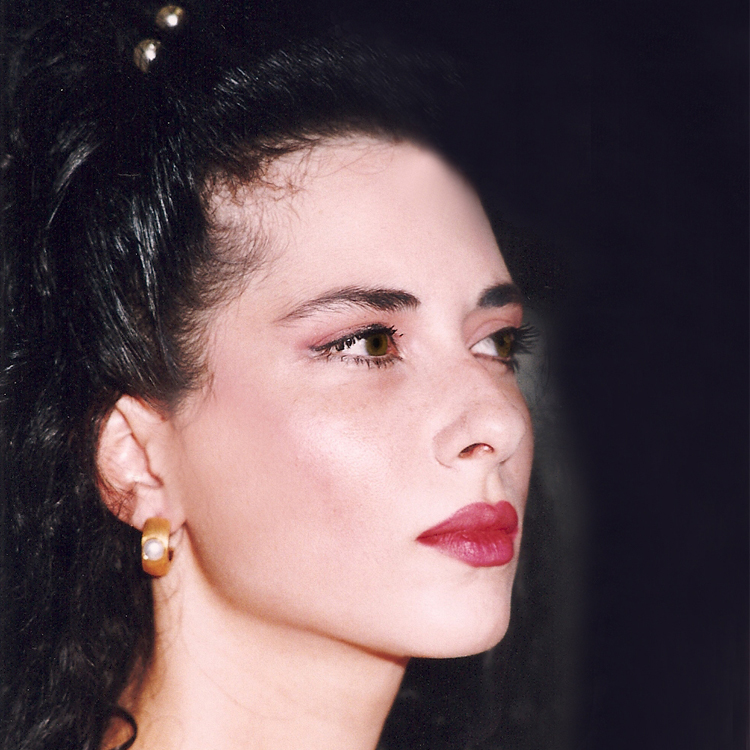 Born in Athens, Maria Kokka received her diploma in Monody with distinction and first prize under the instruction of the mezzo soprano Yiolanda di Tasso. She also holds two diplomas, a Piano Diploma and a Harmony Diploma. In addition to her musical studies, Maria Kokka holds a degree in Statistics from the Athens University of Economics and Business and a MBA. She continued her studies in classical singing with the famous baritone John Modinos, with whom she gave a series of performances in Greece and in Europe and made several appearances on TV and CD recordings. She collaborates regularly with the Greek National Opera where she has sung leading roles in operas and operettas like “La Bohème” by Puccini, “La Traviata” by Verdi, “I Pagliacci” by Leoncavallo, “The Magic Flute” by Mozart, “Il Cappello di paglia di Firenze” by Nino Rota, “The Bat” by J. Strauss, “Das Land des Lächelns” by Lehár, “I want to see the Pope” by Sakellaridis, The Godson by Sakellaridis, Mesdames de la Halle by Offenbach (in collaboration with the Athens Chamber Opera), “Die lustige Witwe” by Lehar, “Orfee ayx enfers” by Offenbach and others. Her repertoire also includes oratorios like the Messiah by Händel  and Weinachts Oratorium by J. S. Bach, as well as musicals (West Side Story by Bernstein) and contemporary operas (Candide by Bernstein,  Der Angel auf dem Shiff by Glanert, Freud for her by Valet).

Her career abroad began with the leading role in the opera “Manon” by Massenet, which he sang in the Opera House of East Saxony in Germany, receiving public and critical acclaim. Subsequently, she continued singing roles like “La Sonnambula” by Bellini, “Léila” from the opera “Les Pêcheurs de Perles” by Bizet, “Adina” from “Elisir d’ amore” and “Norina” from Don Pasquale by Donizetti, “Lauretta”  from Gianni  Schicchi  by Puccini and a number of Baroque and Mozart works in Europe. She has attended seminars of famous singers in Berlin, where she was the Director of the Greek Community Choir and she has given many concerts with works by Greek composers which brought the European Public closer to the Greek classical music compositions.

She was Choir Director and vocal coach in the American College of Greece (Deree, 2008-2012). She is vocal teacher in the Greek Conservatory and in Music Horizons conservatory. 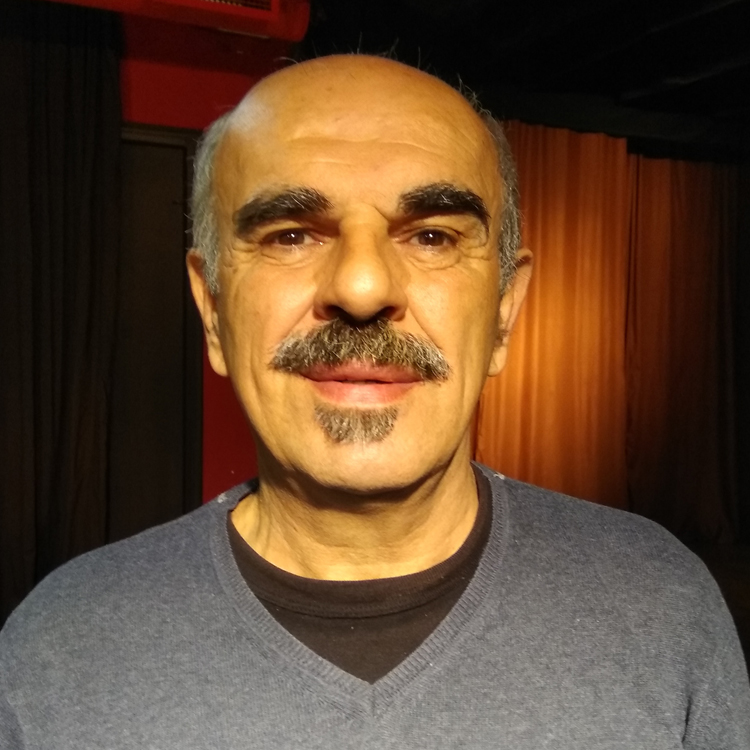 Simos Christodoulou was born in Athens in 1957 and studied at the “Giorgos Theodosiadis” school of drama. He took part in radio shows and TV series. He also participated in various theater groups.

In 1989 he moves permanently to Crete and founded the “Morfes” Theater with Gianna Kefala. They present performances of puppet shows, shadow theater, children's theater, music theater and plays from the world repertoire. He directs in amateur and professional groups and teaches acting in the theatrical workshop of the “Morfes” Theater.